Picking up Gears of War 4 after not playing a Gears game since Gears Of War 3 came out had me a little apprehensive. I do not remember much of the overall story in the franchise (my fault I know), and I was a little worried about feeling left behind and missing out on the story. After an hour into the game all those worries faded away and I was enthralled in the game. 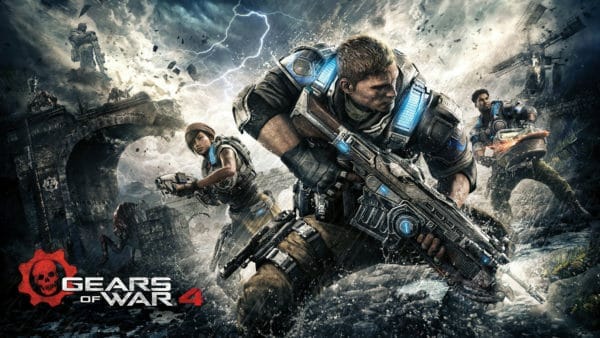 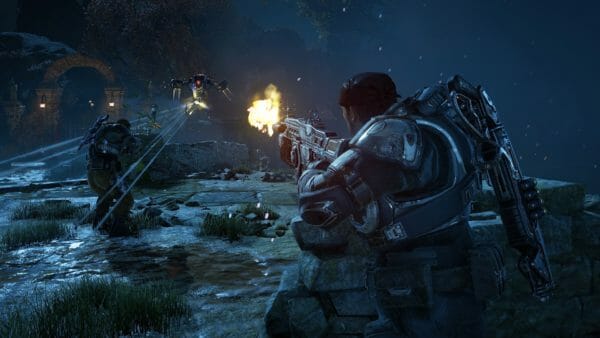 GOW 4 takes place several years after GOW 3. Humanity is trying to rebuild after the war with the Locusts. When the game starts we get a recap of the high points of the series and play through a few battles in the guise of a celebration. Then players are taken to a location in the wilderness where a giant city is being built by automated robots. It seems that not all of humanity wants to live in these giant cities and some live in the wild in settlements. You begin on a mission to steal a fabricator.

The game starts and really never slows down after that, unless it’s to give exposition on the main story. There are some nice throwbacks to the rest of the series as well. Players even get to see what old characters are up to in the present day. Of course, there is a threat to humanity and the new group of heroes track down and try to understand said threat. I don’t want to say anymore for fear of spoiling the plot. Let’s just say there’s quite a few surprises and the story does a great job of putting you back into the Gears universe.

Let’s Get to Shooting 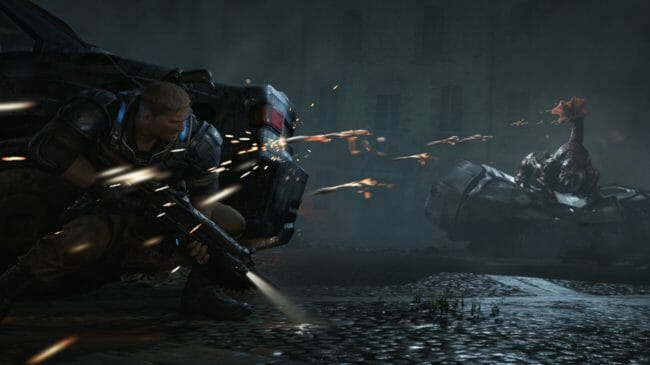 The gameplay is about what would be expected when it comes to a Gears of War game. The franchise is a cover shooter and that has not changed. There are no weapons that feel out of place or useless. One nice aspect of the game is there’s now skill involved in using sniper weapons. The weapon either has to be charged or has a delay before firing. This makes sniping more harder in Gears 4, compared to the other games in the series. Gears 4 quickly captures the fun of the past games and it made me want to keep going through the campaign. Even at times when I knew should be sleeping instead. 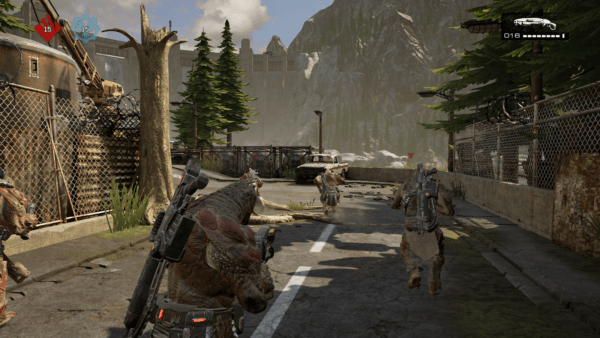 The multiplayer in the game is really good, the only minor knock is that it’s a little slow when it comes to progression. The game has Horde mode (where you fight waves of enemies) and PvP multiplayer. Both modes are well balanced and a new player can jump right in and enjoy it. If I had to pick one though, Horde mode is the best of the two. Both add great replay value once you get through the campaign. Although, If you enjoy Horde mode, be prepared to be playing for a while. It can take a bit to go through all 50 waves. 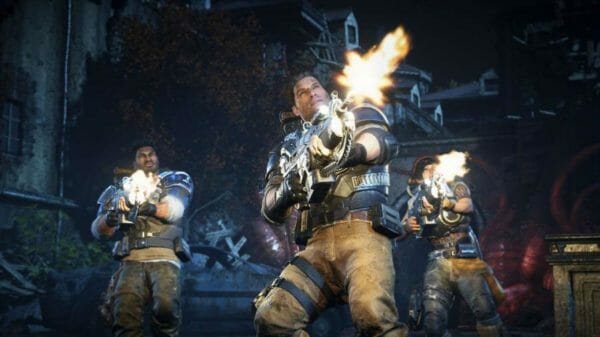 A lot of people were very nervous when Microsoft announced Gears of War 4 was being made by a new developer. The reaction to Gears of War 4 resembled the reaction to the announcement when Halo went to 434 Studios. Obviously, that worked out fine. This has as well. Gears of War 4 is one of Microsoft’s cornerstone franchises. The Coalition successfully brought the previous quality of the franchise to the Xbox One without much fuss.

Overall Thoughts: 9 out of 10. From the Real Life Gamer’s viewpoint, this game is great. The story is entertaining and keeps your attention from the beginning to the end. The game is divided into five acts with several chapters each act. This provides a lot of stopping points for when you have to deal with real life. It is really easy to jump back into the game after stopping as well. This is one of the best games I have seen when it comes to accommodating gamers who cannot play for hours at a time. Overall though, this game is one of the best available for Xbox One.