We open with the usual recap video package. They highlight Cage leading Texano in the best of 5 series two wins to none. Johnny Mundo’s saga with Dario gets touched on, and we get to see Ivelisse with her new boyfriend, Sami Callihan.

We cut to Dario’s office, where Sexy Star storms in. She’s turning in the Gift of the Gods Title so she can get her Lucha Underground Title match next week. Dario says that’s fine, but she’s got a title defense tonight against Johnny Mundo, and if the Drago, Aerostar, and Fenix get involved, they’ll be banned from the Temple for life! Sexy says she doesn’t help from anybody to beat anybody, and leaves. Dario mutters after she’s gone that women don’t tend fair to well against Matanza, just ask his mother.

Ivelisse opens with some kicks to Marty’s legs that push him back towards the corner. However, Marty’s power advantage quickly plays into effect, and he powerslams the bejesus out of her. Melissa Santos cheers Ivelisse on, even though she’s getting bit by both Marty and Mariposa. Maripose with a sick knee strike that rocks Marty! Marty sells Ivelisse kicks so well, and they’re working this match to perfection. Ivelisse locks in a choke, but Marty powers out once again! Marty then puts her away from there.

Post-match, Sami Callihan runs in, and attacks Marty! Ivelisse hops in, and we got ourselves a brawl folks! They send Marty & Mariposa running after they get the upper hand. The crowd cheers loudly for Sami, but Ivelisse ain’t happy Sami ran in, as she was adamant about keeping her personal and professional life separate. It was a fine match that I think they worked very well for the time given. ** and ¾ *

We get another promo for the White Rabbit thing. However, we finally see a person this go around. His garb gives him a Mad Hatter sort of look. He says he followed the White Rabbit back to his tribe, and now, he’s been found.

Ivelisse and Sami Callihan argue out in the parking lot. Sami says Dario has offered him a deal, and he’s taken it. Ivelisse voices her displeasure at the whole idea, but Sami says that a couple slays together, stays together. Ivelisse eventually accepts the terms, but says that if Dario makes them fight, she’ll kick his ass. Sami seems to love it when she talks dirty to him.

As Ivelisse drives off, Dario jumps into a waiting limo. Councilman Delgado informs Dario that “his descention has been completed.” Delgado wants to know if Dario’s got a host body ready for possession by this Aztec god, and Dario says he’s got two in mind who are almost godlike already. Delgado passes Dario a chest… 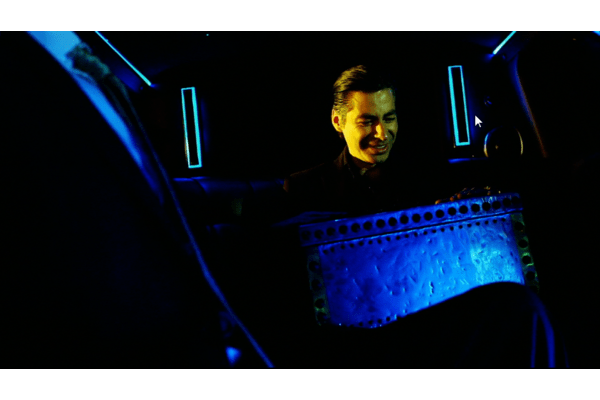 …”They won’t be almost anymore”. Dario says both of the guys he has in mind are  competing for this “ultimate opportunity.” in the next match. Sweet Christmas…

Match 3 of 5 for an Ultimate Opportunity!

Texano jumps Cage early, as he down two matches to none. Texano pours on the offense, and hits a nice spinebuster for a near fall. Cage takes advantage as the fight spills to the outside. He hits a huge back suplex on the outside, but Texano starts fighting back by tossing Cage into the guardrails around the Temple. He then tosses him into the first five rows of chairs on the floor! This got crazy fast! Huge suplex on the outside by Cage on Texano. Texano, however, comes right back with a sunset flip bomb to the floor! That move, by far, is one of my favorites in pro wrestling.

The battle continues inside the ring, and Cage tosses Texano around like a ragdoll. Cage nails a ring rattling superplex for a near fall! Texano comes fighting right back with a White Noise for another near fall. These guys are leaving it all out in the ring! Texano just can’t put Cage away, despite a top rope hurricanrana, and a second rope Rough Ryder. DISCUS LARIAT FROM OUTTA NOWHERE FROM CAGE! He follows it up with a buckle bomb, and the Luchadore Destoryer, but he doesn’t hook the leg! Texano kicks out, and manages to surprise Cage for the victory! That was a heck of match, and these guys keeping better and better against each other. *** and ¼ *

Dario eyes the chest on his desk when somebody knocks on his office door. Rey Mysterio walks in, and wonders if Dario has a moment. Rey is sick of Chavo always stabbing him in the back, and he wants Dario to make a Loser Leaves Lucha match between Mysterio and Chavo. Dario accepts, and looks forward to the match. Rey says he knows he isn’t going to enjoy it as much, but sometimes “you gotta put a dog for his own good.” Glad they’re getting this out of the way. One last hurray for Chavo, and we can move on to the greater narrative surrounding Rey and the rest of the Temple.

Winner and NEW Gift of the Gods Champion: Johnny Mundo via The Power of the Punch

Johnny teases giving his glasses to an audience member, but gives him the middle finger instead, and walks off. It’s wonderful. The bell rings, and we start with some ground wrestling with Johnny working to pin Sexy quick, or lock in a submission. Sexy fights him off however. Johnny says screw that, and slaps the bejesus out of her. Johnny hits a wonky looking neckbreaker. C’mon Sexy, be better! Johnny destroys her with his running knee, and keeps trying to put her away. Every time Sexy tries to battle back, Johnny stops her with some heavy strikes. I’d be much more okay with this if we hadn’t seen the same formula in the opener, even if Johnny is dominating much more then Marty was.

Sexy gets the boots up, and Johnny eats them to the face after an attempted moonsault. Sexy pours on the punishment, and a quick Codebreaker into a lungblower gets her a near fall. Johnny catches Sexy after a crossbody attempt off the top, and airplane spins her. The referee eats her feet to the face, and Sexy gets Johnny into a sunset flip. She more than has the three, but the referee doesn’t get there. Sexy argues, and Johnny goes for a spear, but he hits the referee again! Sexy locks in a choke, but here comes Jack Evans and PJ Black. They hit a ferris wheel crucifix bomb! Another referee runs-in, and Johnny covers, but Sexy kicks out! Worldwide Underground pull the referee out, and destroy him with superkicks that would make The Young Bucks blush.

They toss Johnny a chair, which he then wraps around Sexy’s neck. PJ & Jack hold her down, but here comes Willie Mack! He stuns both Jack & PJ! Mundo eats two as well, and Sexy floors him with the chair! The referee gets back in the ring, and Johnny kicks out at two! The Mack starts getting attacked by PJ & Jack on the floor, which distracts Sexy. Johnny takes advantage, goes for The End of the World, but Sexy rolls out of the way! Johnny goes to use the chair, but the referee stops him! Mundo pulls out some brass knuckles from his pants, and floors Sexy with them! That’s all she wrote! Well, that was overbooked. I’m fine with the decision to move the title over to Johnny, and it all makes sense in the narrative of things, but something just didn’t click here with me. ** and ¼ *

Backstage, Prince Puma is beating on a sandbag with some eskrima sticks. Vampiro shows up, and says Puma isn’t done with Mil yet. He adds that for Puma to reach his full potential, he’s going to have to do to Mil Muertes what Mil did to Konnan. Oh please, let this be another Grave Consequences match!. Vampiro quickly adds that he has always hated Konnan, but he’s always respected Puma.

Overall Rating: 7 out of 10 While the wrestling wasn’t as stellar as last week’s episode, the storytelling for this week was great. I’m really invested in the overall narrative surrounding Lucha Underground, and we’re starting to capitalize on what they started earlier this season. Cage and Texano’s matches continue to get better, but I really hope they don’t go to five. Johnny Mundo finally won gold in Lucha Underground at the expense of Sexy Star. However, we know the feud isn’t over by a long shot. Plus, we get a lot of setup for next week and going forward with everything else going on during the show. Keep on rolling Lucha!