Record of Lodoss War Deedlit in Wonder Labyrinth is a pretty solid little Metroidvania game.  It’s not the most expansive game in the genre, nor the most creative but it is a solid entry in the class. Compared to something like Axiom Verge 2, it’s actually a breath of traditional and good fresh air. 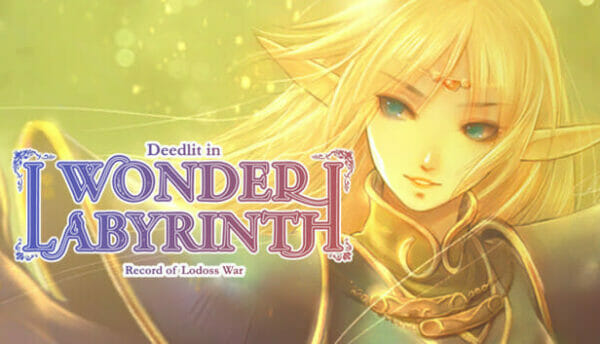 Record of Lodoss War Deedlit in Wonder Labyrinth, which I’m just going to call “Deedlit” from here on, because that’s a really long title. Deedlit Has a lot of stuff that is standard for the genre but does include a few unique hooks that make it interesting.  Unfortunately, it also has some drawbacks that hinder it as well

At its core, you play as a character named Deedlit, who is a high elf. After a short intro
sequence, she chases her boyfriend, Parn, further into a forest and is then stopped by an evil, a witch named Karla. Deedlit rejects Karla’s proposal to join forces, then Karla makes a threat, and the real journey begins of trying to find and rescue Parn.

Gameplay-wise, this game shares a lot on the surface with something like Castlevania: Symphony of the Night, even down to Deedlit having a bac kdash mechanic, just like Alucard does. However, the actual controls are a bit different than what you might be used to in SOTN.

Eventually, you’ll find traversal items that let you do more advanced moves like a slide, double jump, high jump, etc, but there isn’t actually a lot of permanent-style upgrades to collect. The one unique hook with this game is its Spirit System.

You got your Ikaruga in my Metroidvania

The big thing with the spirit system, which is actually akin to something like Ikaruga or Outland. You have control of two elemental spirits, Sylph (Air) and Salamander (Fire) and can freely switch between the two by pressing R1. When using the fire spirit, you’ll be immune to fire attacks and vice versa when wearing the air spirit, in fact, you’ll drain magical attacks, which replenishes your own magic bar if it is low.

Why does this matter, you may ask?  Well, when your spirit level is at 3, it’ll refill any lost health fairly quickly. Also, it increases the damage done against the opposite spirit, so a level 3 fire attack against an air creature will be pretty impactful.

Alongside the benefit of health regeneration, the spirit stuff does come into play with your moves.  When using the fire spirit, your slide gets fire damaged and goes through enemies. When using the air spirit, you can float to the ground slowly or hover in place. There are also magical barriers, so you’ll need to be the right element in order to cross them.

Enemies, as I said above, also have elemental affinities/resistances.  This is signified by the dice’s faces shown by their name and the color of the dice.  So a fire dice six monster is completely immune to fire damage but is very weak against air damage. Enemies can also have attribute weaknesses to stuff like wood, light, dark, etc., but this seems to not really factor in at all.

As opposed to SOTN, which had you equipping gear into seven different slots, Deedlit only has three slots for gear, melee weapon, ranged weapon, and usable item/spell and that’s it.  To be fair, there are about 35+ swords in the game and almost 30 bows to use but most of them don’t actually feel that different from one another, aside from speed or how they are built. A thrown melee weapon is obviously different than a big club, but it still doesn’t equate to much.

The spells/items are a bit different.  You can only see what you have by holding down square as you play the game and it doesn’t actually tell you what any of them do.  Invisibility is a bit self-explanatory but Undine Cost or Shade Cost?  Not so much. You get a spell early on called Will O The Wisp, which is useful for almost the entire length of the game.  It fires off eight homing bolts of magic that are fairly strong all of the time.  So, outside of using a health potion I never had a reason to switch up from using that one spell.

Deedlit is actually split into six levels but it actually doesn’t mean much.  You can freely teleport around the game map, via teleport rooms, so it’s not a big deal. The levels are more to signify what area you should be in. You basically go around, killing monsters and trying to open up new paths while occasionally fighting bosses.

So, you might be stopped by red locks on doors, meaning you have to figure out how to open them all, or, you may need to go underwater to get to the next area but you have to find and unlock the underwater breathing skill, rinse and repeat. This is pretty much the whole game, like most Metroidvanias out there. There are one or two annoying issues to contend with for sure.

Just like with SOTN, there is a leveling-up mechanic with the main character but it seems really useless. It is only about your attack and defense. At the start, you have 5.3 attack and 0.3 defense, with level 1.  I finished the game at level 48, with my attack being at 17.0 and my defense being 14.4.  So that’s not exactly a huge bump up, in terms of power.  SOTN had more stats, like constitution and luck to balance this out.

On that front, you really don’t find a ton of HP/MP upgrades in the game either.  This is separate from the leveling stuff, these are just permanent items you find.  You start with 100 HP, and I finished the game with 150 HP.  So, I found 5 of them.  And my map was 100% filled up, so unless there are more being hidden, I only found about 5 of these things, total, and that’s the same for the MP bar.

The big stumbling block with this game is the anime-ness of it all.  This game is based on some long-running book/anime series called Record of Lodoss War.

The problem is, the game doesn’t tell you ANYTHING about what is going on. It starts with “There was once six brave souls who gathered on the great island of Lodoss. They fought against evil and brought peace back to Lodoss.  The only woman among them fell in love with one of the brave souls and swore her love eternal.  Their love continued to grow as years passed.” (and some more)

There’s no info about who the other four people are, who Parn (brave soul guy) is, and Deedlit as a character. SOTN kind of gets a pass because there are at least some intros in the game, and also it was 25 years ago.  When the fat shopkeeper shows up in this game, your character makes a few statements about them but that’s about it, there’s no actual character work going happening.

It’d be like playing a Harry Potter game, as Ron Weasley, without having any prior history of Harry Potter, or the fictional world.  And you’re also playing a game based on the 4th book (Goblet of Fire), so you’re even more lost.

Most of Deedlit is actually fairly balanced and fair, except for one part.0 I think it’s in chapter 5 or 6 there is a brief flashback sequence, you can tell because it’s a black and white world, where you have to just make it past three rooms and it’s over.

However, you have no spirit energy or items, you have two swords that are entirely useless and no magic.  The three rooms are also filled with only one enemy type (two per room), but are extremely hard, with powerful attacks.

I’m not kidding when I say I died at least 10 to 15 times during this part.  The enemies also have kind of a large hitbox and are hard to dodge around, so it was just a matter of trying to slog it through this one, annoying section so I could get back to the rest of the game.

Record of Lodoss War Deedlit in Wonder Labyrinth is what I would call a “slight” game, but I don’t mean that as an insult.  You can breeze through it in a few hours, though it may take an hour or two longer if you want to find every secret.  It is a very smooth experience though and remains so as you play, but a few days after, you probably will forget it.  Still, it’s a solid enough title with a few interesting twists to it.