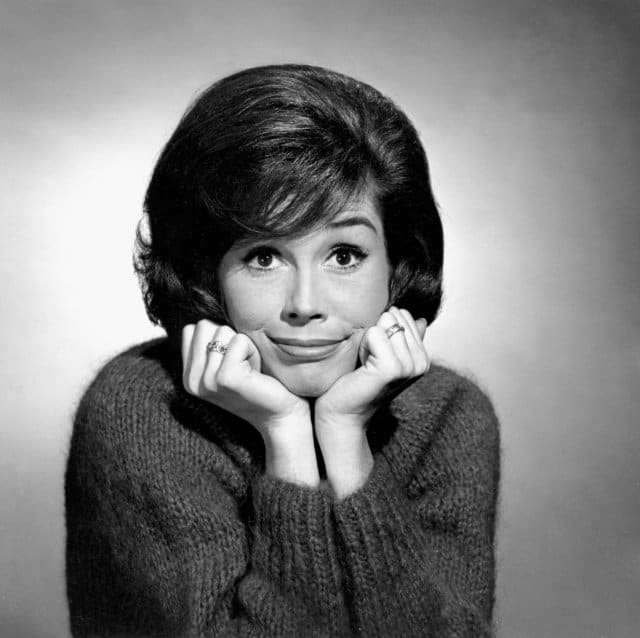 Her smile was just one of the many things that made her standout to the world. Her beauty attracted the audience of the 1960’s and 1970’s. Where viewers saw her as Laura Petrie and Mary Richards. Through her acting roles, Mary Tyler Moore changed the role that women had in the household. While also setting the stage for future television comedy shows like 30 Rock. This only barely scratches the surface of what Mary Tyler Moore meant to not only acting, or the history of television. But also to so many of the people who watched her TV shows as well.

Mary Tyler Moore grew up on the streets of Brooklyn, New York and lived most of her early life in Flushing, Queens. Her first appearances started off on Hotpoint TV commercials. Where she danced for advertisements as a tiny elf. It wasn’t until Richard Diamond Private Detective that Moore’s voice was introduced to the world. She played as a mysterious receptionist whose body was completely hidden from camera except for her legs. At around the same time, she guest starred in another series Johnny Staccato.

Her appearances on television were limited to guest appearances until 1961. When she was cast in The Dick Van Dyke Show. Remembered by her character, Laura Petrie‘s, Capri pants and as Van Dyke’s wife. In 1970, Moore starred in her own sitcom, The Mary Tyler Moore Show. A one hour newsroom sitcom that changed the way women were portrayed on television. The idea that a single woman could have a work life and a home life, was something that enraptured the viewers attention.

For six years the show stayed in the Top 20 in the ratings. In its seventh year, the show came in the 39th spot. The decision was then made to cancel the show in 1977. Despite that, the show ended up winning an Emmy that year. This made three years in a row that the show won Emmy awards. Having also won in 1975 and 1976 for Outstanding Comedy Series. In total, the show won 29 Emmy’s, which was a record until 2002.

Sadly, Moore’s career in television suffered after the ending of MTM. She was part of some guest spots and had other starring roles in failed shows. However, she did have success in other acting formats. She had a few hits on Broadway several years apart. Whose Life Is It Anyway in 1980 running for 96 shows and Sweet Sue in 1987 running for 164 shows.

Moore had a nice run of successful films and TV movies in her career as well. She actually began in a 1961 film X-15, but it was really the 1967 film Thoroughly Modern Millie starring alongside Julie Andrews that got things rolling. Moore also starred in the 1969 film Change of Habit with Elvis Presley. Her biggest role was in 1980’s Ordinary People where she received an Academy Award nomination. After going through a few not so good films, she ended things on a high note in 1996 in Flirting With Disaster.

It seems that no matter what other success she obtained elsewhere, Moore was home on the silver screen. She received several Emmy nominations for three different television films. 1978’s First You Cry, 1984’s Heartsounds, and 1988’s mini-series Lincoln. Finally, in 1993, at the age of 56, Moore won an Outstanding Supporting Actress Emmy for Stolen Babies.

Her work from then on extended to charity and becoming an advocate for Type 1 Diabetes. She wrote a memoir “Oh Yeah, Diabetes” published in 2009 about the subject. Sadly, Mary Tyler Moore passed away at the age 80. Due to complications from Pneumonia

Before ending this article, several of the staff members at W2Mnet wanted to share some memories they have of Mary Tyler Moore.

Mary Tyler Moore was a big part of my TV time as a kid. Nick At Night played reruns of both the Dick Van Dyke Show and the Mary Tyler Moore Show nightly. I remember laughing at her antics as Laura Petrie and Dick Van Dyke. She was a great wife and mom on that show. To me, she was a huge reason why that show worked so well. Not to mention, she did that opposite a fellow big name actor. The Mary Tyler Moore Show may not have been all comedy driven, but she portrayed a strong independent woman. Her role on that show was a mirror to who she was as a person. I’ve seen more of her work other than these shows. In every role she was so great, and I know she will truly be missed.

I remember watching her on the Dick van Dyke show reruns and Mary Tyler Moore show reruns on Nick at Night growing up. I always found the shows and her very entertaining. Still to this day, I remember the hat throw for some reason. It ranks right up there with Dick van Dyke tripping (or side stepping) the ottoman.

I grew up eating dinner with my family around the television watching reruns of the “golden age” of television, which aired both of the shows she’s most famous for. It really says something about how much people loved her when she played a single, career driven female lead character in the 70’s on a television show that is often cited as one of the very best ever. What an absolutely devastating loss for the entertainment world.