Having reviewed 10tons Entertainment‘s last game, Neon Chrome, it was interesting to see 10tons try their hand at a different game. Xenoraid continues to show this versatility, by going into shoot’em up genre. The nice thing about Xenoraid is that it has an old school feel, which makes it stand out on Playstation Vita. 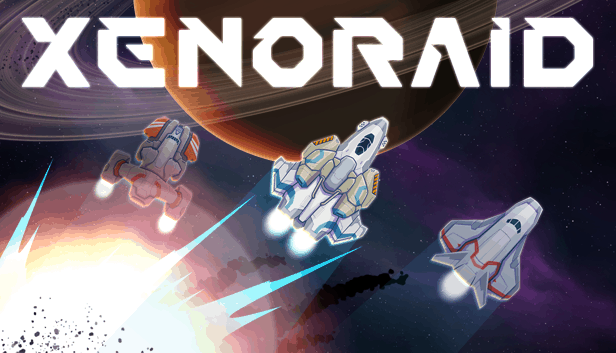 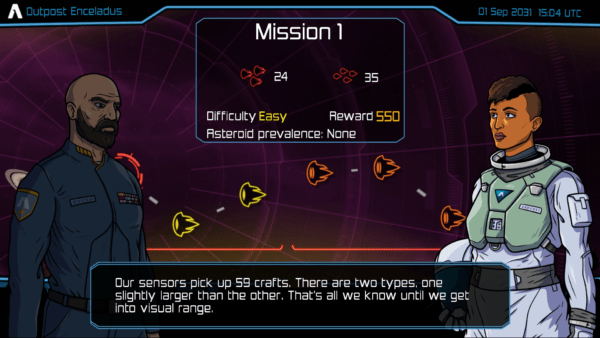 The story is a complete non starter. They attempt to give you a little back story, about how an alien race is coming to take out the Earth. However, it’s far from important. It’s mostly there to talk about changes in gameplay and hint at future enemies. Xenoraid also isn’t the type of game that needs a deep story. The game is all about fast gameplay, no need to have it bogged down by 15 minute cutscenes. 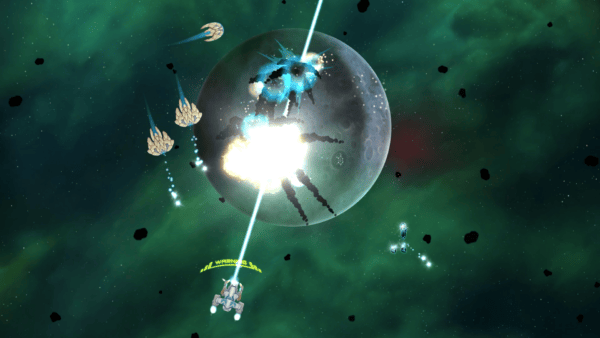 Shoot’em up games have evolved over the years, filling the screen with as many projectiles as possible. Thus creating more of a pattern following experience.  Exchanging strategic battles for impressive visuals. Xenoraid bucks that trend and returns to form. Even adding even more strategy to the mix.  In Xenoraid, you command four ships, easily substituting each other with a click of a button.  This not only allows you to swap out damaged ships, but you can also use each of the ship’s different strengths to easily mow down foes.

The simple gameplay with a hint of strategy, is where the game shines.  Each mission throws waves of enemies at you.  These enemies vary from fast moving small ships that a machine gun can help wipe away, to ships with shields that slowly come at you with brute force where heavy ammo is needed.  This straight forward strategy makes the game work, but there is also more involved too.

Each time you switch a ship, you are given a small window of invincibility. However, once a switch occurs, you are stuck with that ship for a small section of time. This makes the timing of a switch absolutely crucial.  This also becomes a huge need in the later part of the game, as the bosses really test your ability and are unbeatable by brute force alone.  This is something I did not value enough, early on in my playthrough. And I was punished greatly for it.  It was that punishment, which made me realize the subtle brilliance put in such a simple concept. 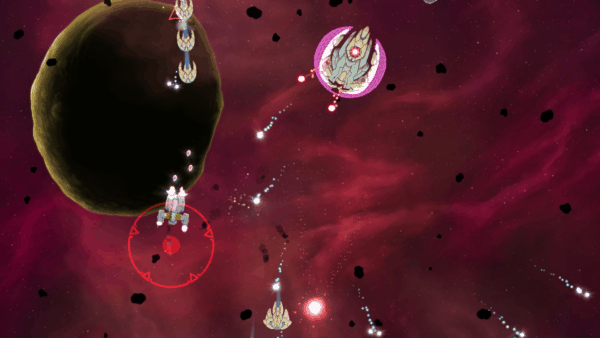 Veterans of these types of games may have to adjust to not being able to rotate their ships. Instead, each ship can tilt to a certain angle. This forces you to put more thought into how you maneuver, because you can’t spin in circles to take out enemies as they fly behind you. This means players should change ships constantly and adapt to their surroundings. As explained earlier, the ship swapping mechanic is what keeps the game feeling fresh.  Other than boss battles, most missions play out similarly.  Face wave after wave of enemies until all of the counters read zero. 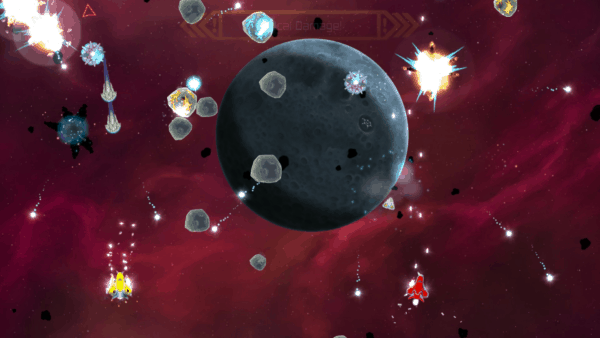 The quick action of each mission also proves why the Vita is the way to play this game.  10tons has once again found a nice formula for quick pick-up and play gaming.  The style of gaming that works perfect on the Sony handheld.  Most of my time reviewing this game was spent in 10-15 minute intervals.  Playing a mission or two while having a little bit of downtime.  Allowing the game to fill a void, but stopping right before the sameness of each mission to got old. It really makes you appreciate the arcade gameplay this game brings. 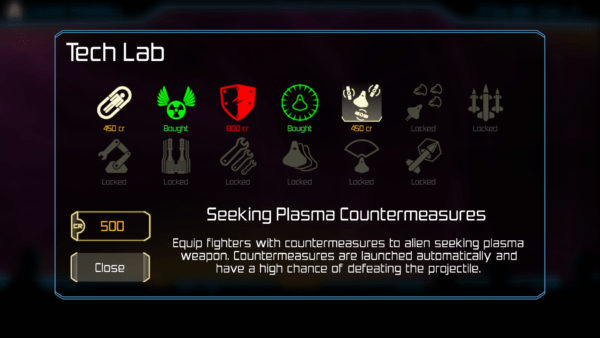 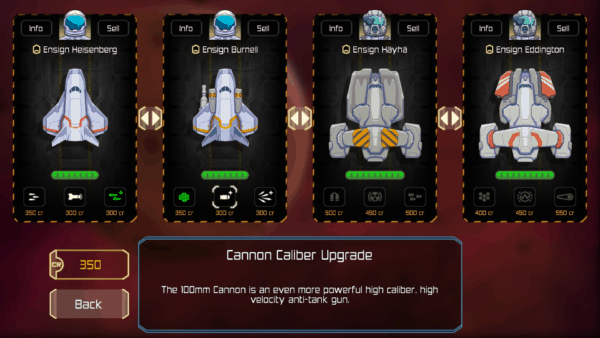 Money collected in each mission can be spent on upgrades.  However, other than the ship upgrades, most of the other upgrades feel like ways to save money or ammunition.  Very few effect the gameplay enough to warrant actually purchasing them.  You also lose all upgrades at the end of each chapter.  Starting over at a new planet with a new group of ships.  This allows the game to prevent you from getting too overpowered. However, it does create a sense of repetition, because you are essentially rinsing and repeating at every new planet. 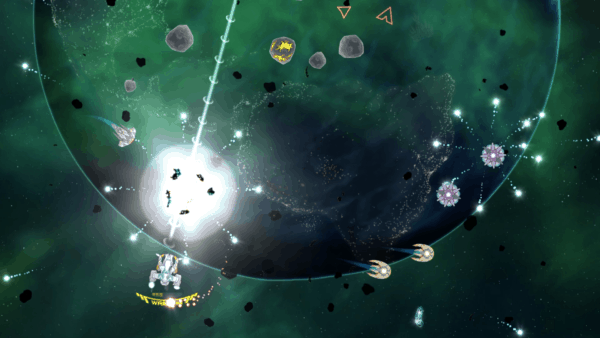 Cosmetically, Xenoraid sets the tone well.  The music does a great job of putting you in the mood for a space battle.  However, I do wish there was more variety in the music tracks, as it felt like the same few tracks played over and over. The sound effects are well done too.  Graphically, I loved the color choices.  There were a lot of wonderful color contrasts that made the environment pop.  Each of the enemies stood out, and the explosions lit up the screen well.

Not just another bullet hell game

Extra abilities don’t have much effect

Overall Thoughts: 7 out of 10 Xenoraid is another solid title by 10tons.  I would love for them to focus more on handheld titles, instead of porting their games to the handheld.  As both of the games I reviewed for them on Vita, worked great as quick pick-up and play games.  I would highly recommend this game for any old school shoot’em up fan, or anyone who is just looking for a fun game on their Vita.  Since we all know that good games are coming out sparingly these days for the system. Speaking of portability, it would be interesting to see what they could do on the Nintendo Switch in the future.