Last January, Capcom released a remake to the beloved Resident Evil 2.  A game that many have wanted for years.  Not only did the remake give fans a great game, but it also changed things for remakes forever. Setting the bar for bringing the world and story of a game that came out over 20 years before, and completely revamping it for modern consoles. It was the perfect blend of old and new. Nostalgia with upgraded parts and a fresh coat of paint.  The game itself was well-received, reviewed fantastically and was a contender for game of the year.  However, gamers had just one question, what about Resident Evil 3?  Shockingly that answer would come less than a year later as Capcom revealed that it had been working on an RE3 remake alongside RE2 and it was going to drop this April. 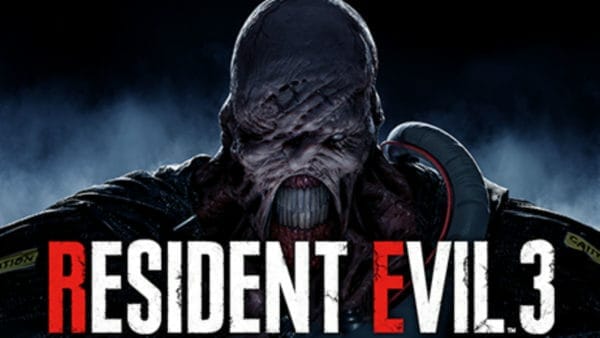 * This preview was written using a demo of the game that is currently available on the PlayStation Store, Xbox Store, and Steam. *

On March 19th, much like they did with Resident Evil 2, Capcom dropped a demo giving players a taste of what’s coming soon. Unlike RE2, this demo has no time limit to hold you back. You control Jill Valentine are given a small section of Raccoon City to explore and check out the surroundings while avoiding, or shooting, all of the zombies in her path.  The demo takes place shortly after Jill meets up with Carlos Oliveira and some of the other members of the Umbrella Biohazard Countermeasure Service.  After a small conversation with Nikolai Zinoviev, Jill is tasked to try and get power back to the subway station.  From there, the demo allows you to take control and explore just a couple of blocks of Raccoon City, which is already in complete disarray.

In just the small section available, there is already so much to be excited about. Resident Evil 3 is more combat-focused game than Resident Evil 2.  Jill is more agile with a quick dodge ability, which allows her to get the jump on the slower moving zombies.  Making a perfectly timed dodge slows down time and gives you the perfect time for the headshot, or to run away.  Zombies are not placed in random places in this game.  They are all perfectly placed and keep you on your toes.  Shadows of zombies shine against the wall as they stand in front of a car with their lights on.  Other zombies come around a corner right when you start to feel safe.

The level of thought that’s in the enemy locations is incredible. In fact, no room felt pointless is astounding.  Every room had enemies, items, documentation or ammo to pick up. This level of detail helps magnify the game’s gorgeous graphics. There’s just so much to look at. There are many times you’ll forget you are in a zombie apocalypse as you are looking through the window of a toy store, or checking out random movie posters along a wall.  Jill can interact with the environment even more in this game as there are red barrels and electronic boxes placed around that can be used to take out larger groups of zombies.

Obviously the main attraction of the game is Nemesis. The demo gives out a small glimpse of the giant nightmare.  He only makes a small appearance in the last minute or so of the demo.  Like Mr. X in RE2, Nemesis follows you around the map, but he doesn’t seem to be as persistent.  Instead, his abilities are what makes him scary.  In trailers, you can see him with a flamethrower and a rocket launcher, and his weird tentacle thing.  Nemesis is much faster than Mr. X and has a charging shoulder attack that can shorten the distance between himself and Jill very quickly. It does make you wonder how quickly he appears in the game, and how will he actually make you feel uneasy through the entire game, or if he only shows up to torture Jill in different sections.

Resident Evil 3 occurs around the same time as Resident Evil 2. So both games share a timeline in a story sense too. However, the action in RE3 feels more intense, and the addition of gun powder will make item management even more important.  The zombie placement feels more fleshed out and designed to keep you on your toes.  There wasn’t really a puzzle to do in the demo, but fans of the series know that RE3 has some interesting ones in store for them.

Graphically the RE engine somehow makes RE3 look even better than RE2 did. While I was a bigger fan of RE2 when I was growing up, this remake might end up being the better of the two.  We will just have to wait and see when the game hits shelves on Friday, April 3rd.