It has been 25 years since the release of the very first Resident Evil game and in that time there have been well over 20 games in the series. It is no secret that the series has seen many ups and downs in those 25 years but there was no larger dip for fans than 2012-2017. Let’s just say it was a LONG five years. The series looked to have jumped the shark with the poorly reviewed Resident Evil 6 in 2012 and had mostly gone dark after that.

Resident Evil Revelations 2 came out in 2015 and dumped the handheld market that the first game was set for. The final chapter of the terrible Paul W.S. Anderson movie series came out in 2016 and thankfully put that six-movie set to rest. There was a squad-based shooter, Umbrella Corps, that felt terribly out of place for the franchise and the reception showed it. For five years that is what Resident Evil fans were offered unless you like pachinko machines. Thankfully, a 2016 E3 trailer brought new hope as the series looked to shift to first-person and tell a more centralized story about one house and its surrounding area. A pure callback to the original game with a fresh coat of molded paint.

Resident Evil VII released in January 2017 and while it was not the most polished game of all time, it at least brought with it raving reviews from fans who just wanted something positive to come from the series after seeing it run through the mud for so long.  What they did not know was it would create a five-year span of its own that might be the best in franchise history.

Two years later, Capcom would release a revisionist look at the events of Racoon City with Resident Evil 2 Remake and the following year the conclusion of that city’s fate with Resident Evil 3 Remake.  All three games showcased the new RE Engine and showed just how powerful it was, giving players three unique experiences off the same gaming engine. Now with fans clamoring for a Resident Evil 4 Remake, Capcom has come up with a game that gives those fans what they want, while also making them crave that RE 4 remake even more. Doing all of that while continuing Ethan Winters’ story from Resident Evil VII, with this new title Resident Evil Village. 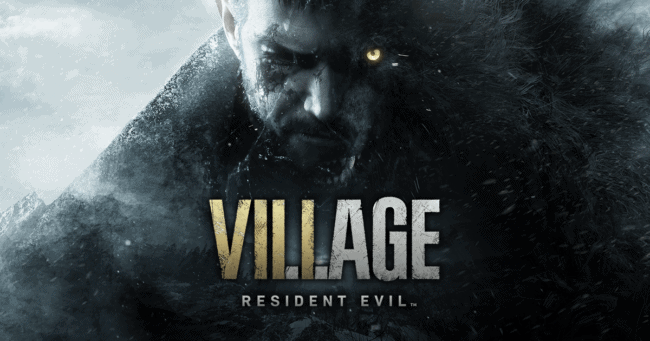 Out of the frying pan, into the Village

In Resident Evil Village, you reclaim the role of the faceless protagonist, Ethan Winters. Ethan and Mia have survived the Baker Estate and moved to Europe to try and find new beginnings. They now have a young baby together, Rose, and look to be establishing a normal life. However, circumstances change quickly as Chris Redfield makes an appearance and after a few wild events, Ethan is faced with the task of finding his daughter who was taken after the vehicle they were in was involved in an accident.

Waking up from the crash, Ethan finds himself outside a tiny European village that looks deserted. Well, that is until he starts to meet the main inhabitants of the area, the Lycans. This is also when the first major homage to the aforementioned Resident Evil 4 happens as it rips the opening battle section straight from that game and throws it in this game as well. However, it is far more stressful in this game as the enemies are much faster and are much better at creating great tension by cornering Ethan repeatedly.

After the opening section, things calm down and start to show the key elements of the gameplay, a plethora of variety. The opening hour brings on an interesting story build, a crazy battle, a spooky little village to explore, a few jump scares, and a creepy field that shows off the game’s powerful sound design.  This is the biggest positive of Resident Evil Village, if you do not like the style of gameplay going on, wait 20 minutes and it will feel completely different.

Ethan is tasked with taking out four members of an odd family, a lot like in Resident Evil VII. Each of those family members has their own area to explore and each area brings a completely different feel to the game. The key family member that everyone is familiar with, Lady Dimitrescu, lives in a giant castle with plenty of puzzles to solve and hidden passages to find. This section feels the closest to the original Resident Evil formula with a sprinkling of Resident Evil 2 Remake as well. The other three areas gave me the feels of Outlast, Resident Evil 4 and Resident Evil 5.

Is this just Resident Evil 4?

I am not a fan of first-person Resident Evil, but the combat feels fantastic. With the change from zombies to Lycans and vampires, enemies react much faster by ducking and dodging gunfire that is headed right for them.  Much like in Resident Evil 4, the enemies in this game feel like they have a bit of intelligence to them and can cause you to waste plenty of ammunition if you are not careful. This would be a bigger thing if the game did not always dump loads of ammunition at you, and when you cannot find ammunition, you can craft some extra bullets or even buy them from the merchant.

The Duke acts a lot like the merchant in Resident Evil 4, (starting to see a trend here?) As he shows up at random times and has loads of items and upgrades for Ethan to use, for a price of course. Another homage to Leon’s campaign in Spain is the treasure that’s hidden all around this crazy village. Little gems could be hidden in rocks, crates can be broken to find gold and tough enemies hide wonderful surprises. Those treasures can be used to upgrade your inventory space, buy ammunition, and medicine or even bulk up your weapons. The Duke brings even more value than the merchant did as he is the go-to for story development in between sections of the game as well.

Ethan was cheating off others’ papers

In this review, I have brought up multiple times how Resident Evil Village has connections to other iterations of the series and that is not by accident. It is Capcom’s attempt to take everything that Resident Evil, and horror game fans in general, love from the series and put them into one package. And while it does modify many of the formulas in Resident Evil games of the past, it does not do enough to improve on any of them. I spent the entire time remembering older games and what a different section reminded me of over appreciating this new version for bringing something unique to the table.

However, I wouldn’t say this is necessarily a major flaw either, as Resident Evil Village does a fantastic job of keeping you on your toes. After every section, I was asking myself what would come next, and even then, it was usually surprising. Add in your typical lore dump near the end of the campaign and there is just about everything for Resident Evil fans to sink their teeth into here.

The campaign is anywhere from eight to twelve hours long, which is actually a bit lengthy for a Resident Evil game. Even so, there are a few things to do after finishing your initial run of the main campaign. Resident Evil Village does feature the Mercenaries mode for those that want to run around and shoot Lycans as fast as possible in multiple areas based on the campaign. Plus, if you just want to return to the main campaign for a speedrun or to see something you may have missed, there are some nice unlockables available like a Light Saber. At some point, there will also be the Resident Evil ReVerse multiplayer, but that has been delayed for now.

The resurrection of the Resident Evil franchise continues to bring banger after banger. From the two remakes of RE 2 and RE 3 to the new first-person perspective games in RE 7 and now RE 8 the franchise is going in the right direction. After playing this game, I cannot wait to see how Resident Evil 4 Remake is going to turn out. Not to mention, what Capcom does with the end of this trilogy of games with a presumptive Resident Evil 9. Capcom continues to take the right steps with this franchise and they have completely regained my trust as a big Resident Evil fan.