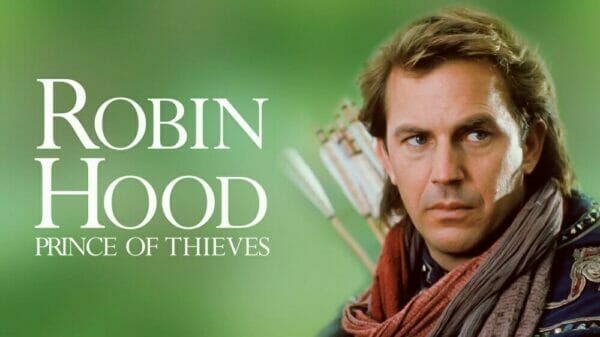 Sean Comer and Mark Radulich present their Robin Hood: Prince of Thieves Review! Robin Hood: Prince of Thieves (1991) is an American action adventure film based on the English folk tale of Robin Hood that originated in the 12th century. It was directed by Kevin Reynolds and stars Kevin Costner as Robin Hood, Morgan Freeman as Azeem, Christian Slater as Will Scarlett, Mary Elizabeth Mastrantonio as Marian, and Alan Rickman as the Sheriff of Nottingham. The screenplay was written by Pen Densham and John Watson.

Sometimes the only way to uphold justice…is to break the law. Robin Hood: Prince of Thieves Review!