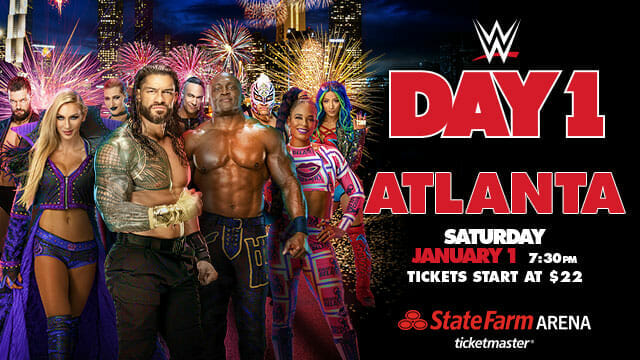 The Podsmen ride again! Chris BaileyX3, Chris Sheehan and Mark Radulich present their WWE Day 1 2022 Review! WWE Day 1 (20211) was a professional wrestling premium live event produced by WWE. It was held for wrestlers from the promotion’s Raw and SmackDown brand divisions. The event aired on pay-per-view (PPV) worldwide and was available to stream through Peacock in the United States and the WWE Network internationally. It took place on January 1, 2022, at the State Farm Arena in Atlanta, Georgia, and was the company’s first PPV event to take place on New Year’s Day. The event’s title alludes to its New Year’s scheduling and was WWE’s first PPV to have the New Year’s theme since New Year’s Revolution in 2007. Its scheduling also caused the cancelation of the TLC: Tables, Ladders & Chairs event, which was usually held in late December.

Seven matches were contested at the event, including one on the Kickoff pre-show. In the main event, Big E defended his title against Brock Lesnar, Seth Rollins, Kevin Owens and Bobby Lashley in a fatal five-way match for the Raw WWE Championship; Lesnar was originally scheduled to face Roman Reigns for SmackDown’s Universal Championship, but that match was canceled hours before the event due to Reigns testing positive for COVID-19.