We open with a video package recapping last week’s opening segment, where Adam Cole and The Bullet Club against Jay Lethal, EVIL, and Tetsuya Naito was setup for this week. 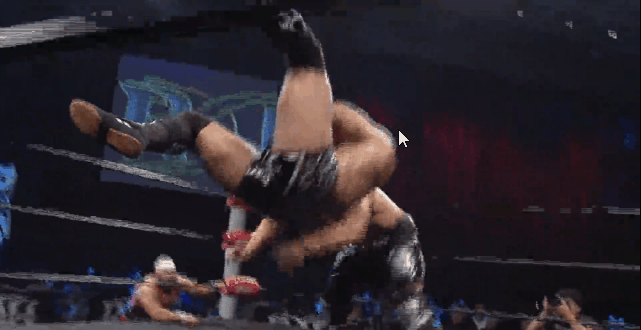 Jay Lethal’s entrance without a championship belt just feels wrong. Jay Lethal spends the opening of the match wanting to get his hands on Cole. Cole, however, wants nothing to do with him. Anytime Adam Cole gets tagged in, Lethal tags himself in. This irritates Naito & EVIL to no end, who eventually walk out on him! Lethal gets his butt kicked for a few minutes, but out comes Michael Elgin! Elgin has a championship match with Cole at All Star Extravaganza on September 30th, and he wants him some of Bullet Club.

ROH Matchmaker Nigel McGuinness adds him to the match, and Big Mike gets the tag! Big Mike is a house of fire, but he eventually falls prey to the Bullet Club’s number advantage too. Finally, Kyle O’Reily comes out, and he wants him a piece of Adam Cole too! Nigel adds him to the match as well, and O’Reily shifts the odds. Cole & O’Reily beat the heck out of each other, but nothing between anybody would be settled. This was a fun way to really show off all the stories that are revolving around Adam Cole and The Bullet Club. I’ve got no problem with all the shenanigans, and the tension between Lethal & Los Ingobernables intrigues me. ** and ¾ *

Bobby Fish gets a promo to hype up his match with Katsuyori Shibata tonight. He says the roster rests easier knowing he’s the champion, and tells Shibata that tonight doesn’t end well for him.

Another hype Video for the Women of Honor Special airs.

We get another recap video of the actions from last week that led to the booking of Ladder War 6 for All Star Extravaganza. The Addiction get some promo time to speak about how great they are in the wake of the decision.

Jay Lethal’s pacing around ringside as we come back from all the promos. Jay says that he’s got plenty of enemies, but when you can’t trust your friends, that’s a whole other set of problems. He wants to solve his problems with Tetsuya Naito in the ring. Nigel says that’s fine, and makes a match between the two at All Star Extravaganza. Nigel also reminds Jay of what happened the last time he begged for a match. 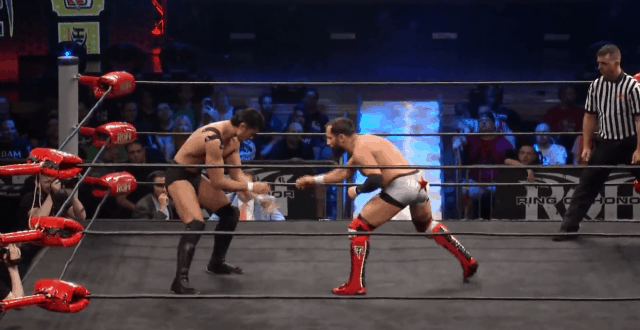 Both guys looked to attack the other’s legs in the opening minutes. Katsuyori Shibata seems to get the better of the exchange, and works a really long figure four leg lock. Shibata gets the opportunity to look really good here, and really dishes out the big moves on Bobby Fish, while Fish manages to get his spots in here and there. Prince Nana eventually makes his way down to the commentary table to watch the match. His client, Donovan Dijak, has a World TV Title match coming his way soon.

Shibata eventually gets a takedown on Fish, and the two trade positions. Shibata looks to lock in a heel hook, but Fish scrambles out of it. Before Bobby can fight his way free, Shibata has switched positions, and looks to lock in a triangle choke. Fish, however, flips over into the pinning predicament that gets him the win. Post-match, Dijak comes out to the top of the entryway to look on with Nana, as Shibata postures for a rematch with Fish. Another fine outing for Fish here, but Shibata really comes away from this one looking good. ***

Steve Corino‘s suspension is up, and he’ll be back on commentary next week! And with that, we’re out.

Overall Rating: 6 out of 10 Another fine week of Ring of Honor television. Lots of feuds that are percolating around Adam Cole got highlighted this week. Lethal and Los Ingobernables differences came to the forefront. Bobby Fish notches another defense to his credit, while his next challenger waits in the wings for All Star Extravaganza. The wrestling may not have been as top notch as I’d like, but it’s still just a good feeling to see them using their TV time well. This was something they struggled with greatly earlier this year.