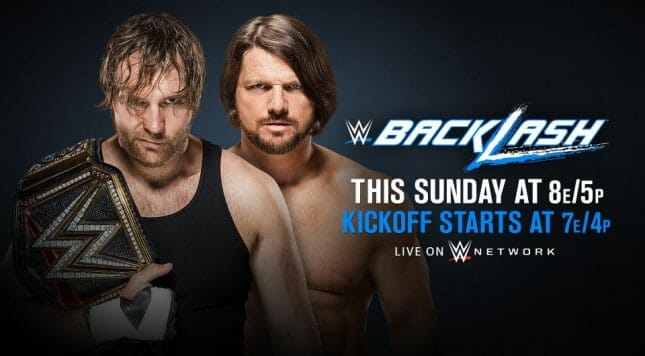 The Gary Vaughan, Sean Garmer, and Paul Leazar get together to talk all things WWE Backlash 2016. Of course, they are joined by Wrestling Unwrapped’s Patrick Ketza to breakdown the first Smackdown Live branded Pay-Per-View. The guy’s discuss the matches, the big moments and other things from the show. How did the first Smackdown big event land? What about the two new championships ushered in on the show? What about the decision in the main event? They discuss all of these things and everything else about it in their Wrestling 2 the MAX EXTRA: WWE Backlash 2016 Review.

Sean studied Journalism at the University of North Texas. He loves pro-wrestling so much that he even trained to be a wrestler at the age of 17. Though he eventually had to quit wrestling to go to college, he still returned to do play-by-play commentary, help write storylines, and most of all, to watch matches. Sean started his love of pro-wrestling at the age of five after watching a Hulk Hogan match. Due to his family hating sports-entertainment, there were many years he missed. However, he returned full-time to being a fan in the late 1990’s. Since then, Sean has gone on to write for various wrestling websites in a number of capacities, but he discovered his true passion, Podcasting, two years ago when he and Gary started the Wrestling 2 the MAX Podcast.

Paul has a history degree from the University of North Texas, but right now works at a Comic Book store. He was born an’ raised in the great state of Texas, and began his love affair with pro wrestling at the tender age of five after watching WWF’s Summerslam 1993 pay-per-view. The relationship turned serious with the growth of independent wrestling and the internet in the early 2000’s, which has seen the love affair turn into a full blown addiction that led him to write about it sporadically for various websites, and co-host the Wrestling 2 The Max podcast.