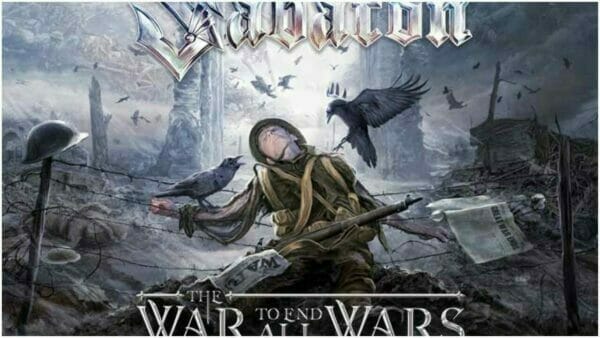 Sabaton – The War to End All Wars (2022)is the tenth studio album by Swedish heavy metal band Sabaton, released on 4 March 2022.

The album serves as a sequel to the band’s 2019 album The Great War, and is a concept album which, like its predecessor, focuses on the atrocities, miracles and happenings around World War I, such as those of the Christmas truce, the stormtroopers of the German Army, the Race to the Sea, the Treaty of Versailles, the predominant dreadnought type of battleship during the early 20th century, and others.

The single “Christmas Truce” was nominated for Music Video of the Year at the 2021 Global Metal Apocalypse Awards, finishing second overall.

Check out more of our Sabaton reviews.

How many of Sabaton’s songs are about tanks? Yes… Sabaton The War to End All Wars Review