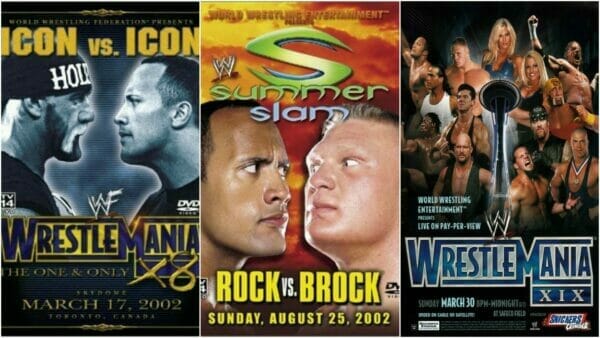 Neil Blackwood and Mark Radulich present their continued look at the history of WrestleMania; The Mania of Wrestlemania 18 and 19!

On this episodes we’re looking at the post-Monday Night War/Invasion era and the rise of The Next Big Thing, Brock Lesnar! The WWE has bought WCW and now the best of the best are on one brand; but what does that mean? We’ll discuss the failed rebranding of WCW and the subsequent failed Alliance Invasion angle. We’ll discuss the WWE version of the NWO and what a disaster that was. The boys will also discuss the very first brand split what that meant for the company’s world champion. Finally we’ll examine the rise of Brock Lesnar!