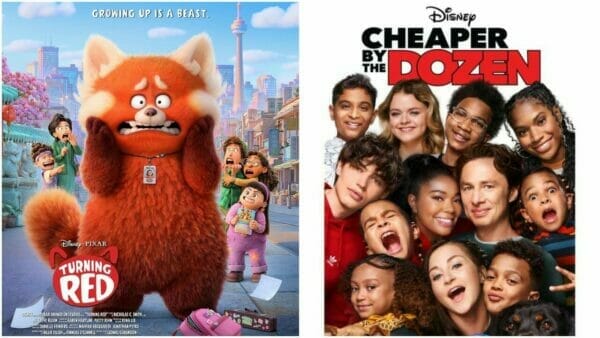 Cheaper by the Dozen (2022) from Disney is a 2022 American family-comedy film. The film is a remake of the 1950 and 2003 films of the same name, which were inspired by the real-life Gilbreth family and the semi-autobiographical account of their lives as written in the 1948 novel Cheaper by the Dozen by Frank Bunker Gilbreth Jr. and his sister Ernestine Gilbreth Carey. The film is directed by Gail Lerner in her feature-length directorial debut with a script co-written by Kenya Barris and Jenifer Rice-Genzuk Henry.

Check out more of our Pixar reviews.

Growing Up is a Beast. Turning Red/Cheaper By the Dozen 2022 Review