The Final Fantasy series has been around for over 20 years. Still hard to imagine that the first game was going to be creator Hironobu Sakaguchi‘s swan song in gaming. The stories that each game contains offers a glimpse into enchanted worlds. They feature beautiful characters, heart-wrenching emotions, and enigmatic themes that create special feelings inside players. With the upcoming Final Fantasy XV releasing today, I’m doing the Top 5 Best Final Fantasy Games. This list is the five games I feel are the best not only in gameplay. But also in story, graphics, and memorable moments. 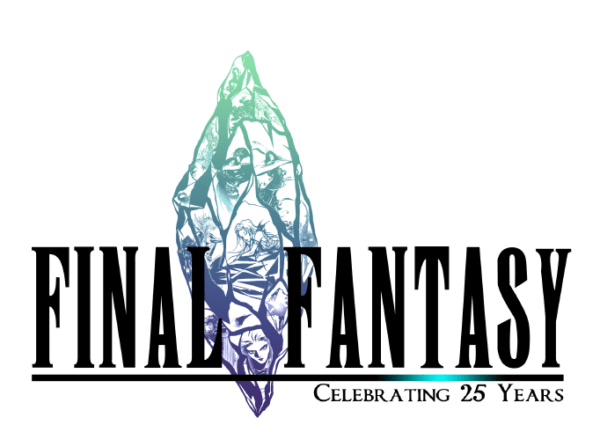 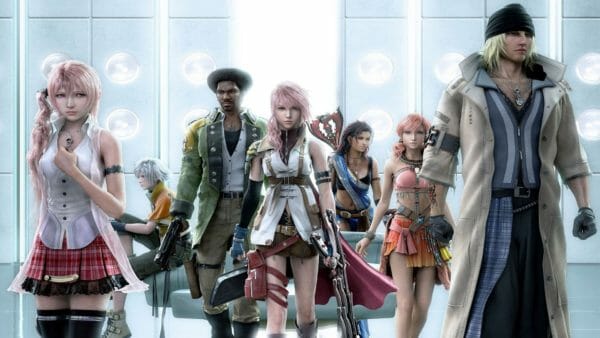 Final Fantasy XIII is an entire game dedicated on a female protagonist. It’s special in that sense because it was the first game in the series to feature an active, unique, fighting and playable hero throughout the whole game from start to finish. When XIII was released, Lightning became a hero of her own story, also setting a new example of how female protagonists should be portrayed. Lightning’s costume design was to portray a conservative yet feminine appeal, while her story would be different than other FF games.

XIII’s story focuses on Lightning rescuing her sister, Serah, from being turned into a deity’s pawn. After failing to rescue her sister, Serah becomes a crystal and Lightning is tasked to save the world. The story expands into three games, which goes into Final Fantasy XIII-2 and ends with Lightning Returns. Story-bound, XIII focuses on trying to unite different characters under Lightning’s goal of protecting her sister. She retains a very cold, unemotional personality throughout the game. So, this sort of prevents players from relating to her. Also gameplay wise, XIII and XIII-2 certainly had their faults that prevented an actual flow for battle and getting to different places. But that is easily made up in Lightning Returns with its battle system going forward into Final Fantasy XV. 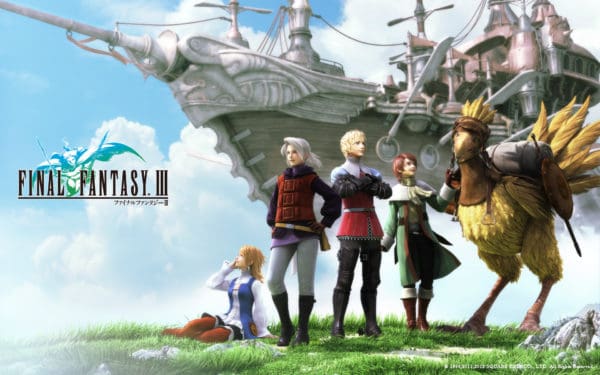 Now this Final Fantasy game was a great intro for beginners. Especially, when it was re-released for the Nintendo DS. This featured four characters, each given gifts of light by crystals. The four protagonists go on a journey to defeat the darkness. The game is simple in graphics, with a few iconic moments given cinematic scenes. What makes this game number four for me, is the great gameplay and the job system.

The job system allows a player to change the character’s job. For example, a White Mage can change to a Black Mage. A Black Knight could become a monk, or even the elusive Onion Knight. A job system that has also become an iconic class in the Final Fantasy series. Players also get to use the different systems in the game to strategize on how to defeat an enemy. This is even more important against bosses, or how to get through various dungeons. Another aspect is the battle system. An iconic feature in the game, the Active Time Battle system allows players to either wait or continually battle against foes. 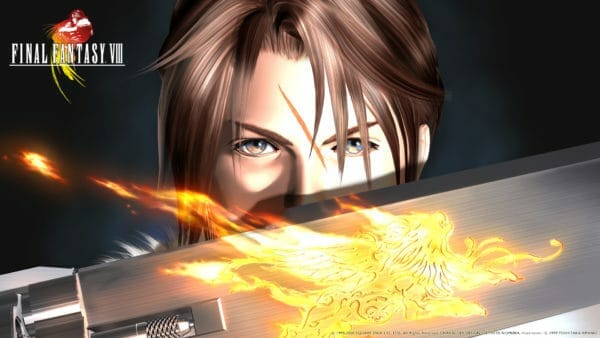 Final Fantasy VIII brings on a new set of characters. The main character being Squall Leonheart. Squall wields a Gunblade and part of an elite mercenary group called SeeD. Squall is a character though that is very similar to Lightning. He’s quiet, cold, and serious. Especially, when it comes to having people by his side. He believes in fighting to protect, but never getting too attached. In the game, he meets all kinds of people. This includes future love interest Rinoa Heartlily.

The game, character development wise, is very weak especially for Squall. He continues to be the lone wolf figure, until the final battle approaches against Ultimecia. But the hints of romance, and silly jokes in the game are not the only memorable moments. The Triple Triad card game was a huge hit. Many players spent a lot of time trying to collect cards to receive items, or use them to create powerful spells to defeat enemies.

The Guardian Forces are also a huge part of the game. Summons such as: Shiva, Ifrit, and Ramuh allow players to strategically summon and use the HP of their GF to protect themselves with great power. FF8 is number three also because of the graphics. Final Fantasy VII was a huge hit on the Sony Playstation when it first came out. However, graphics wise it was just starting out. The game introduced realistic graphics, including water movement and character design. 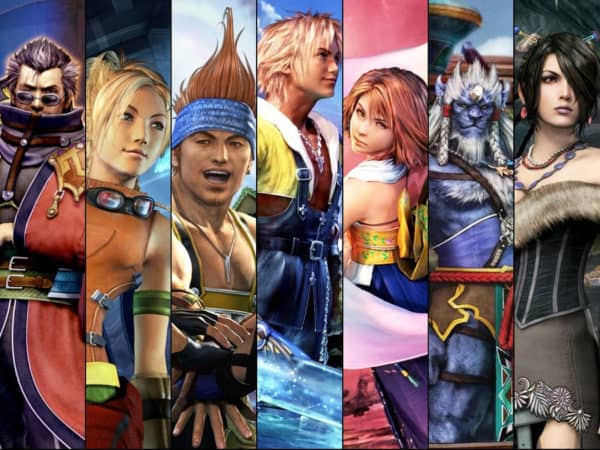 Final Fantasy X is number two because X is the first game that revolutionized games containing major voice-acting. The game centers on a man named Tidus, a famous Blitzball player, who travels to a mysterious world called Spira.

There he meets colorful characters, one of which is named Yuna, a summoner in Spira who is tasked to defeat an ancient evil. The game is beautiful and immersive. So, beautiful in fact that it was given a remaster on three different systems. The game also has a sequel, FF X-2, where Yuna becomes the main character of the story. X-2 follows her journey in being a sphere hunter, while she also looks for Tidus.

FFX still uses the ATB system, but it moves much faster. X also introduced a new leveling system called the Sphere Grid. There, depending on the character, players can have them learn powerful magic like Curaga. They can also learn special skills for their limit breaks, or improve their stats. Another feature is having a summoner as powerful as Yuna on your team. Yuna is able to summon creatures such as Valefor or Odin.

Similar to past summons, what makes Yuna special is that she is the only one who can summon. In past games, the creatures could be used by anyone. X also allowed players to switch characters in the middle of the battle as well. Giving greater strategy to easily defeat bosses and enemies. Final Fantasy X is one of the greatest games released by Square-Enix. This game should not go unplayed. Especially because it has everything romance, action, tragedy. 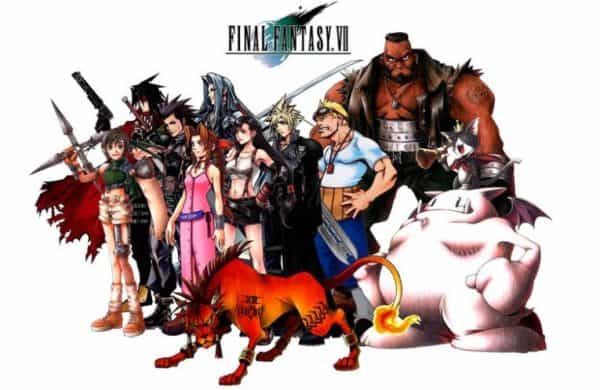 Final Fantasy VII is saved as the best for last. The game is iconic, in that it was so advanced for its time. The blocky character design was a huge development in video games, especially since past games were pixels or 2D designs. FFVII gave birth to the 3D World Map design and became the father of future 3D game designs. FFVII is also iconic for its characters and for its story.

The game centers on ex-SOLDIER Cloud Strife, who is part of an eco-terrorist group called AVALANCHE. Cloud’s primary mission at the beginning is to destroy Mako reactors that are draining the planet’s energy. However, it soon becomes something bigger. Cloud finds himself fighting to save the world from an evil alien experiment named Sephiroth.

What also helps make this game great, is how easily it can enrapture a player. To the point that a huge moment in the game created the most iconic death that everyone knows. * SPOILER * Aerith’s death.

Aerith Gainsborough plays a great role, not just her duty as a Cetra, but as Cloud’s first love interest and close friend. Her death hits him hard because of his belief in his actions. Also, because it causes him to generate a pure hatred in Sephiroth. The man that killed Aerith. Knowing this, players who have played the game in the past will most likely remember the ugly crying and throwing controllers at the television screen moments well.

After the original was released, a movie and anime series was also released for its ten year anniversary. Then at E3 2015, Square-Enix announced an episodic remake of FFVII. So fans of the game and the series will get to experience the game once more.

Agree or disagree with my list? Comment below or send in your own recommendations. Also check out my YouTube Saki Sakura where you can find me playing these games and more.