It’s that scary time of the year again. Halloween is upon us and it seems like the Horror genre for movies isn’t really spooking anyone this year. That’s why, as a horror expert myself, I turn to games. Here is my criteria for this list. The games chosen have terrific atmosphere. Quality jumpscares. In addition, typical video game essentials such as: gameplay, story, and replay ability. Now, let’s turn off the lights and have a spooky time with the Top 5 Horror Games to play on Halloween. 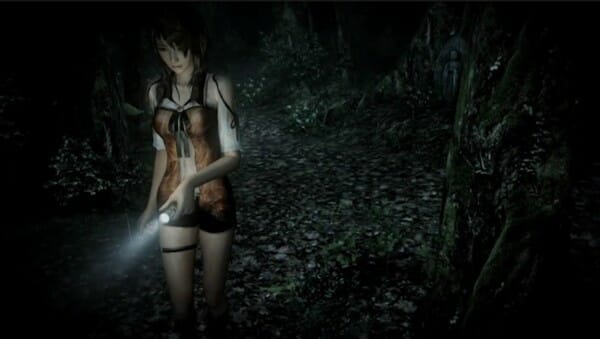 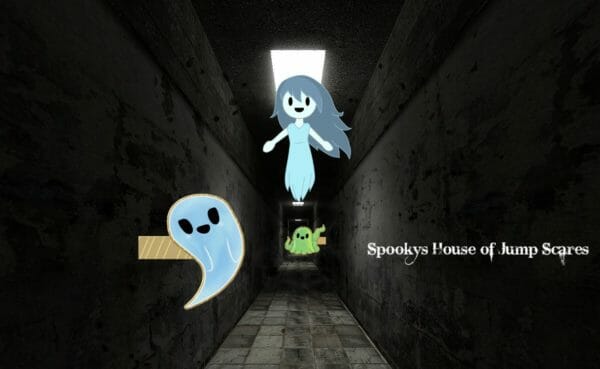 An interesting game to say the least. This is a free PC game, aside from the paid Downloadable Content. However, don’t think free means it has little value, it certainly has plenty of it. Spooky’s Jumpscare Mansion introduces the main character in a cute and cuddly atmosphere. Although, once the horrific reality of being in a scary mansion that contains scientific experiments wanting to kill you sets in, you’ll be wanting to run for your life. Gameplay wise, it’s pretty straight forward. Get through a thousand rooms that are shaped like mazes. While a sarcastic, but cute ghost named Spooky watches your every move.

Basically, don’t die. Just as the name implies, the player has to deal with cute cardboard monsters jump scaring out of walls. It’s adorable, but frightening at the same time. Especially since the player is so focused on trying to get out of the room. The use of audio sounds help creates the feeling that everything is ok. Except the jumpscares are a scary reminder this isn’t the case. However, this isn’t the only danger. There’s also actual monsters. Each monster is named after an experiment, and has a room dedicated to the theme of said monster. An example being an experiment which is similar to Silent Hill’s nurse monsters. Complete with a room styled in the hellish world of Silent Hill. 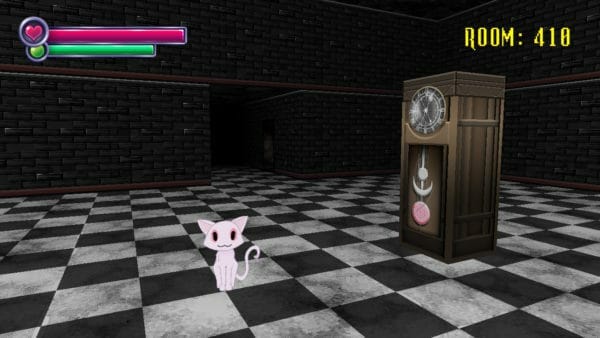 The game also has randomly generated rooms, which add an extra treat and reason to even keep playing the game after the 500 rooms. But just like it adds that extra treat, it tends to get more frustrating than scary. The repetitiveness of the game prevents the player from staying scared, and just makes it tedious to get through a thousand rooms. But with the recent endless mode update, along with some DLC, help add flavor. 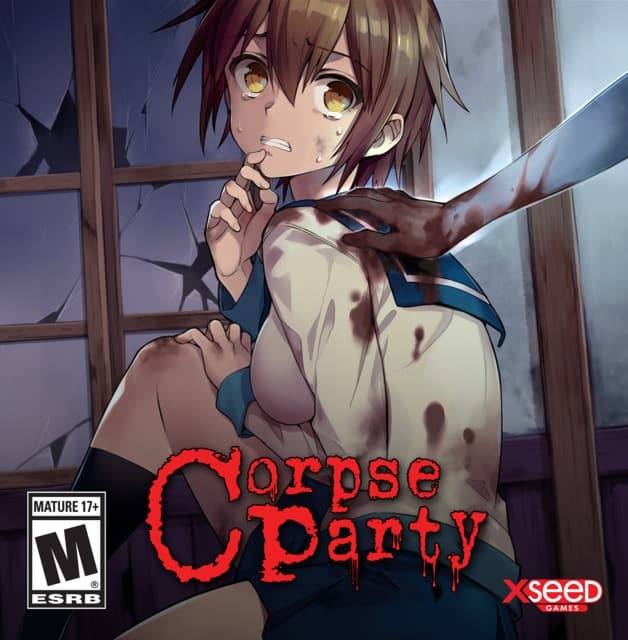 For those of you that are not so into regular games, the Corpse Party series is quite a treat to play. For this list, I included the entire series itself because the story is confusing if consumed only in parts. But, as a whole, it becomes easier to understand the main plot of the games. Also, the game is much creepier if you have the entire series available. Not only that, but with its heart pounding audio, each of the Corpse Party games improve on the next. 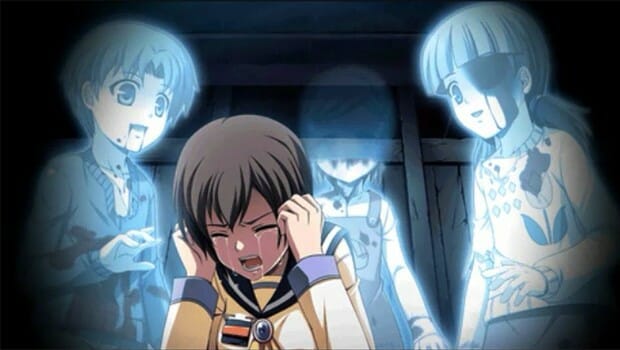 The game series focuses on a group of high school students who one night do a ritual called the Sachiko Ever After charm. The charm goes back to a young girl named Sachiko who was raped and killed brutally by the principal of her school. The school was torn down and another school was rebuilt over the old one. The group, though, creates an opening where they all go back to the old school withstanding horror beyond imagination. They realize that people who had done the charm before them were being led to the alternate universe to be murdered and slaughtered, feeding Sachiko negative energy to use and get revenge.

Simplified version of the plot, Corpse Party is quite bloody and gory. Not visually though. The game acts similar to at times like a RPG or at others like a visual novel. The game will rely on some exploration and movement, but mostly focuses on the voice acting and on the audio. The player makes a choice out of a selection of options. Then, any of the choices the player makes lead to player progression or death.

However, it doesn’t feature anything graphic like actually seeing a character brutally torn apart from limb to limb. You do hear the screams and the ripping of flesh though. Along with the sounds, the text is so visual that the player will still be horrified at what they’re reading/hearing. It’s why I recommend playing in the dark since this is quite the craving of fear and anxiety a horror fan like myself enjoys. 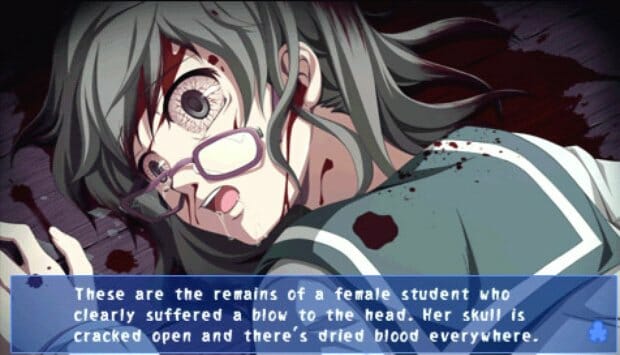 Another aspect of the series is the fact that it can be replayed over and over without getting old. Mainly because playing it once only opens up the basic plot. Replaying the game allows the player to discover easter eggs, as well as secrets and more interesting facts about the story. Also achieving all the deaths in the game, unlocks more easter eggs and different endings. These can change one’s perspective on the story too. If you aren’t a reader, I’d recommend checking out the very short anime series of the same name. 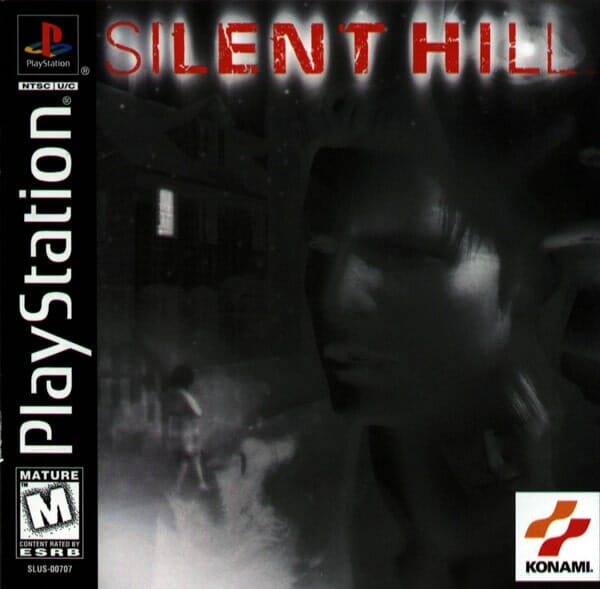 This is an absolute classic. The first game in particular always sticks with me. Especially because it sets things in motion for the entire series. The original keeps the story and the false sense of security at its peak. It’s combination of creepy atmosphere, combat and tragic storytelling easily makes it a no brainer on my list. 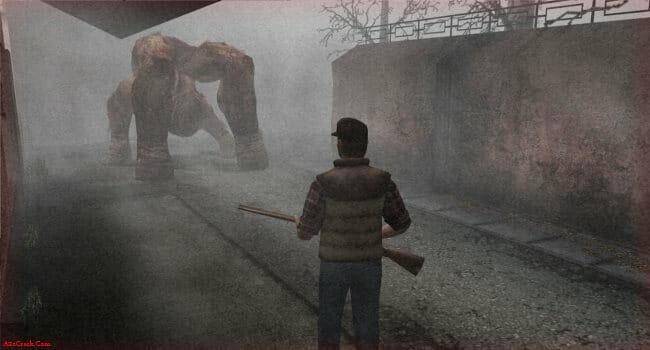 The game starts with a car crash with Harry Mason and his daughter Cheryl. Harry makes it out with a few bruises, but overall fine. When he comes out of the crash though, he ends up in the fog world of Silent Hill. This is where he finds out that his daughter is missing, and that in this world not all is what it seems. The player then takes control of Harry and guides him through the fog world and the Hell world of Silent Hill. All the while discovering the horrific acts the residents committed and a secret order that is trying to resurrect an ancient evil. 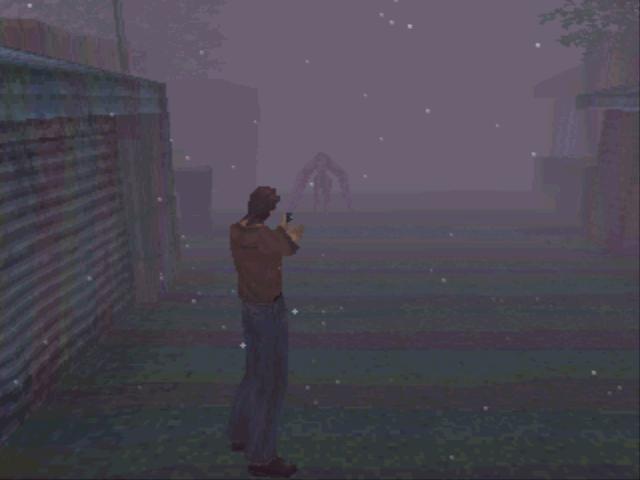 Story wise, the game’s voice acting is decent, with a few corny points in the story. But Silent Hill makes up for it with its ambiguous characters. Each object, or character has a double meaning, creating a very foreshadowing game that leaves you on the edge of your seat. Also, another factor is the game’s multiple endings. This lets players play over and over again, trying to achieve different accomplishments. The combat and monsters in the game are iconic. It’s false sense of security and great atmosphere make it a must play for horror fans. 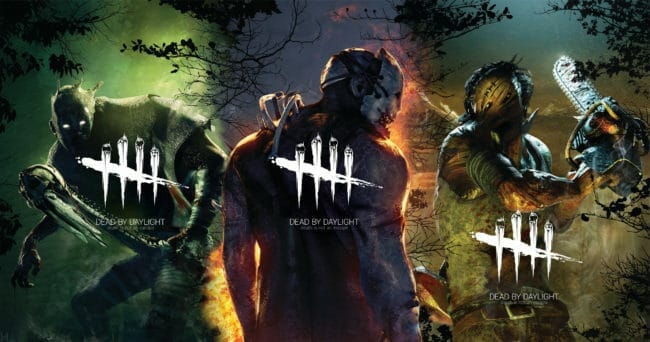 This game is one of my top favorites for sure. This game takes hide-and-seek to a new and terrifying level. It doesn’t focus on story, but more on skill and luck. The game also features two roles, survivor or killer and each have different perspectives. Being a 4v1 game, it is also fun with friends too.

I favor playing Survivor mode. You have the choice of five survivors, each with their own unique skills and traits. Personal favorites for me is Claudette, who specializes in healing. Meg, who specializes in running away fast. Also, Lea, who specializes in being quiet and sneaky. The goal for the survivors is to get five generators up and running while trying to avoid the killer at all costs. If the killer catches you, then you get hooked. Friends can help you or they can leave you to escape and save themselves. The player can also get cool items to use to defend against the killer. However, that doesn’t mean you’re fighting against the monster. These are items to just help you escape, like flashlights, toolboxes, keys. The fact that the survivor is utterly helpless is really what adds to the creep factor.

Playing as the killer is just as fun as it sounds. You may not get scared, but at least you can instill terror into your victims. You have the choice of four killers, my personal favorites being the Nurse and the Wraith. The point is to sacrifice the survivors to the overlord. Killers use a first person perspective. While, survivors have a third perspective. 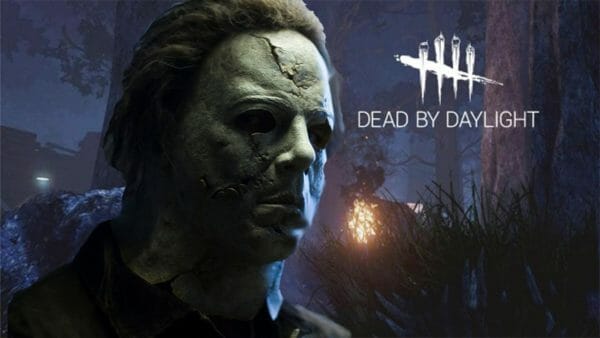 What makes this even more fitting for Halloween is that the developers have started releasing updates that include licensed killers. The most recent one featured Michael Myers from the Halloween movies. Not much out there scarier than him. 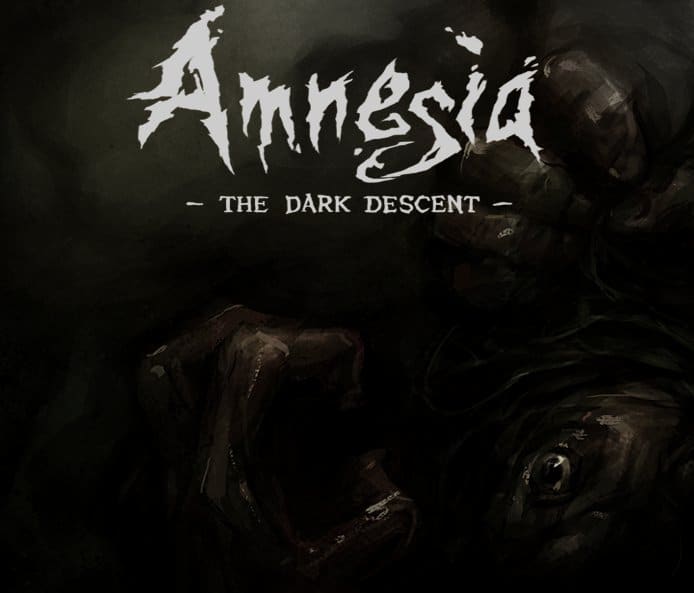 This is a bit of an old one, I’ll admit. It is also one that started many Youtube careers. I consider it one of the greatest successes a PC horror game has ever had. The game introduced a creepy atmosphere while making the character helpless. Mainly because the character strictly hides and runs. The game’s graphics are top notch, despite it being a little old. The story is a little weak, but does become strong as events unfold. The scare factor goes beyond your normal jumpscare and pushes you to the brink of tears. Effectively using audio and atmosphere to keep it in mind while you go to sleep. 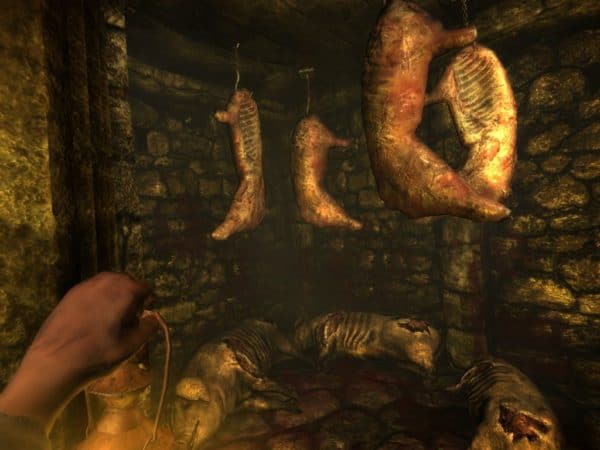 The game is all about a man named Daniel who wakes up remembering nothing about himself. As he progresses in the strange castle, he realizes that an evil from another world is rising. He must dive into his fear of darkness to prevent the evil from destroying everything. Along the way he must fight gruesome monsters, while trying to prevent his descent into insanity.

The Phobia of Insanity 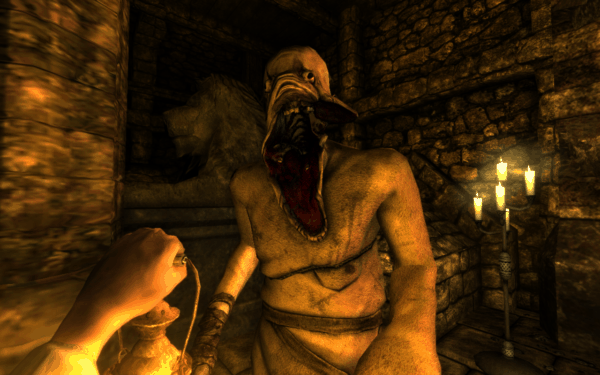 What makes this game special is the fact that while playing Daniel, there is the issue of his phobia for being in the dark. Daniel must have a light source by him, because if not, he faces death by insanity. The way to keep him sane is to make sure you either use the lantern or the tinderboxes to create new sources of light. Be warned though, because with security in the light comes the risk of being noticed by monsters. That’s where the game introduces the mechanic of hiding and running. You have to be sneaky in the game, keeping the game’s fear factor at a level higher than ten. This fear factor keeps the atmosphere creepy and original.

Agree with my list? Want to add more? Feel free to post in the comments below. Now excuse me, while I deal with some nurses and trappers.

Check out my Youtube Channel (Saki Sakura), for let’s plays of these games and for more awesome videos. Also check out the Foxy and Squid Show here on W2Mnet as well.