I’m a general fighting game fan.  I’ve played most of the big franchises out there, liked some, and didn’t like others.  One franchise that I never tried was Samurai Shodown.  I’ve always heard about it but I just never had any inkling to play it, when there were so many others to choose from.  Having now played this rebooted version, I’ll say that while I don’t like it, I can still respect it. However, please don’t take that the wrong way, me not liking it isn’t indicative of its quality. I think it’s a really well-made fighting game but there are certain things that really bug me about it. 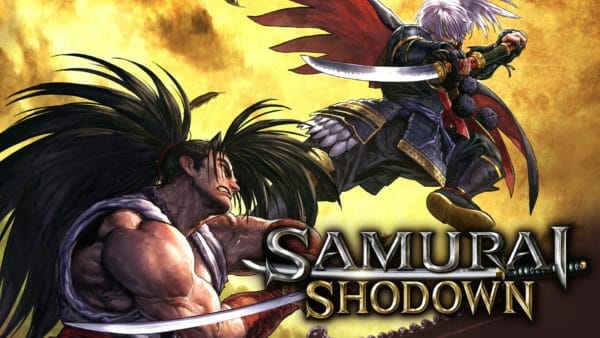 This version of Samurai Shodown is a reboot/soft sequel of the old game.  Apparently, there is some timeline for these games, but after researching it for a while, it’s about as convoluted as Street Fighter’s timeline.  What you need to know for the story is “You, an enemy fighter, and you hit each other with swords.”  Just like how David Mamet plays turn out.

Fighting System And its Quirks 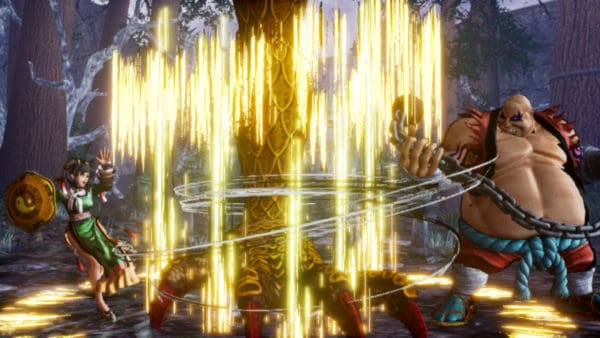 So there are some things in the fighting engine that are limited to this game.  Your weapon can clash off the other character’s weapon and you’ll have to do a little button-mashing mini-game, for example.

There is an X-Factor/Overdrive-like equivalent called Rage Explosion that slows the game down somewhat and also increases your damage.  You activate it by pressing light, medium and heavy attack at the same time.  If you press these buttons again, you’ll perform a Lightning Blade attack, which you can only do once.  Once you even activate the Rage Explosion move, your rage meter is gone.  The Lightning Blade is a flashy attack, which is a total desperation move if you really need it.

You’ll Never Do Your Super

The combination of the Super Special attack is the same across characters as well. Forward-Back-Half Quarter Circle Forward, finishing with Heavy and Kick at the same time. You will never, and I repeat, NEVER actually pull this off in a game.  You might use it if it was a medium and heavy attack, but due to it being heavy and the kick button, it is extremely awkward to actually pull off, and you’ll have no situation to actually use it.

The only way you would is if you are playing against a tree stump of an opponent.  There is also a lesser super-move called the Weapon Flipping Technique.  This move is done by pressing Down, Forward and medium/heavy, either during a Rage Burst, or when the Rage Meter is full.  It’s just a powerful attack that also disarms your foe, which is actually pretty cool. 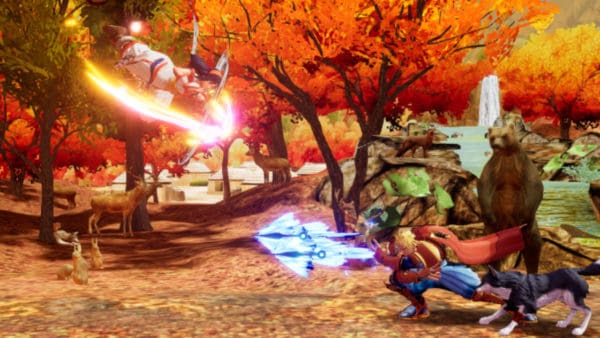 There are a few other unique systems in the fighting engine.  You can do a perfect guard, if you guard at the right time. There’s also a Stance Break to push the enemy away from you and break their stride somewhat, by pressing light and medium attack after you do a perfect guard.  You can also just do a straight-up dodge of enemy attacks by pressing light and medium at the same time.  Finally, you can also do a Down-Forward motion and press light + medium, and if you time it right, you can disarm the other fighter. But be careful, because you can be disarmed too.

The “Feel” of Samurai Shodown

I should state that Samurai Shodown is a fairly deliberate game.  The game runs slow and there is a definite weight behind attacks.

Also, regular attacks are very powerful, specifically the heavy attack.  If you miss, or get blocked, it leaves you wide open, but a regular heavy attack takes off about 30% of the other fighter’s health.  If you do three, that’s 90% of their health.  You can’t really just button-mash your way through this game, like a Soul Calibur, or even a Street Fighter.  Understanding this stuff is critical if you want to actually play well. 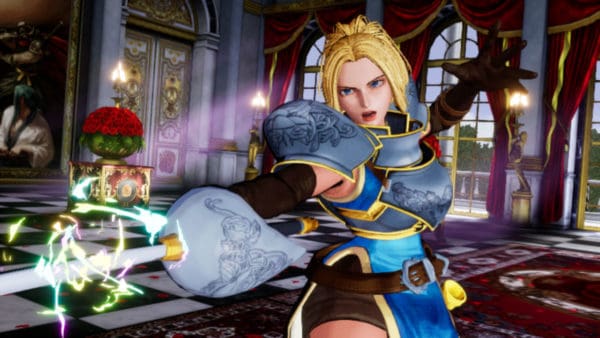 Honestly, most of the modes in Samurai Shodown are fairly standard.  There’s a training mode you have to play, in order to understand the systems. There’s also a story mode, a Dojo (you make a fighter profile, and it plays online against other bots), arcade, gallery, database (records) and online.

The online is either casual or ranked.  Casual is dead, but you can occasionally find ranked fights going on.  If anything, this mode feels even slower than the regular game.  It’s not really laggy or broken, it just feels like you are playing in pea soup or something.

This is a pretty hard question.  At present, I am also playing Street Fighter V on the PS4, with the latest DLC and stuff.  That game has a GOD-AWFUL mess surrounding the actual game, but its core fighting engine is solid.

Samurai Shodown has a fairly standard, if non-flashy menu and mode types, but I just can’t get into the fighting system.  It just didn’t click for me.  I beat it a few times and tried some of the other characters, but I never felt comfortable with them.  The lack of being able to use my Super Move also annoyed me.  Still, it definitely does play different than most other fighting games, and is far more tactical than something like Dragon Ball FighterZ or Tekken.

This game was reviewed using a digital code provided by Home Run PR.

Even if the game wasn’t for me, I still recognize that it is for certain people. It is just very different from the typical fighting games I like.  It’s weighty and slow, and you can’t really just run-in and perform some 12 hit combo that ends in a flashy move.  On the flip side, if you want a fighting game where you have to do mental games with the other player, Samurai Shodown is definitely for you.