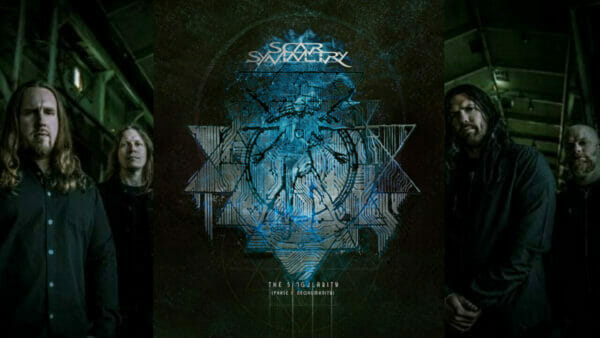 Robert Cooper and Jesse Starcher review present their Scar Symmetry The Singularity Phase I Neohumanity. This review originally aired on 11/27/2014. S The Singularity (Phase I – Neohumanity) is the sixth full-length studio album by Swedish metal band Scar Symmetry, released by Nuclear Blast on 3 October 2014 (EU). This is the first album of the Singularity trilogy, and the first Scar Symmetry album to be composed, produced, mixed and mastered entirely by guitarist Per Nilsson, and is the last album with Kenneth Seil on bass.

The Singularity (Phase I – Neohumanity) sold 1,500 units in the United States in its first week and debuted at No. 199 on the Billboard 200.

The first phase of the trilogy is centered on the rise of “artilects (artificial intellects) with mental capacities far above the human level of thought” and that “by the year 2030, one of the world’s biggest industries will be ‘artificial brains,’ used to control artilects that will be genuinely intelligent and useful.” The lyrical content focuses on the divide between “those who embrace the new technology and those who oppose it” due to the social issues caused by the rise of artificial intelligence and the emergence of transhumanists who add artilect technology to their own bodies.

Check out other Metal album reviews!