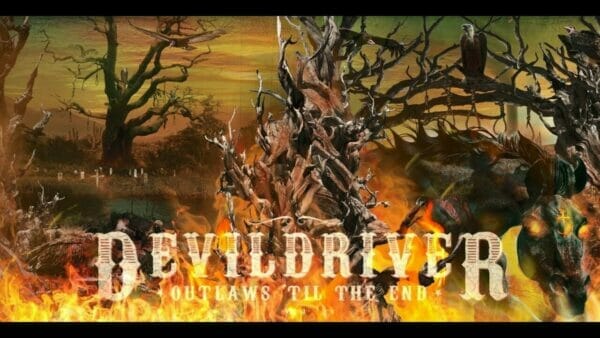 Mark Radulich, Jesse Starcher, Robert Cooper and Jesse Starcher present our Devildriver Outlaws Til the End Vol 1 Review! Outlaws ’til the End, Vol. 1 is the eighth studio album by American heavy metal band DevilDriver. It was released on July 6, 2018, via Napalm Records.

On February 28, 2017, DevilDriver announced via their Instagram account that they are to release an outlaw country covers record, with 13 tracks currently in production, with over 15 “high caliber” guests contributing. On July 15, frontman Dez Fafara announced that the number of guests had risen to 20–25, and that these included artists such as Lamb of God’s Randy Blythe and Mark Morton, Lee Ving from FEAR, Glenn Danzig, Testament’s Chuck Billy, and John 5. In the same interview, Fafara revealed that some of the artists that would be covered on the album are Willie Nelson, Johnny Cash, Waylon Jennings, and Johnny Paycheck, with Steve Evetts as album producer.