Seasons After Fall takes after Ori and The Blind Forest in many ways. It’s 2D art style is beautiful, and brings with it a colorful and gentle journey on console and PC. Starring a character that is more than what it seems. While also featuring interesting themes and unique puzzles. Although, perhaps it lacks some of the polish and thoughtfullness that makes Ori a truly standout game. 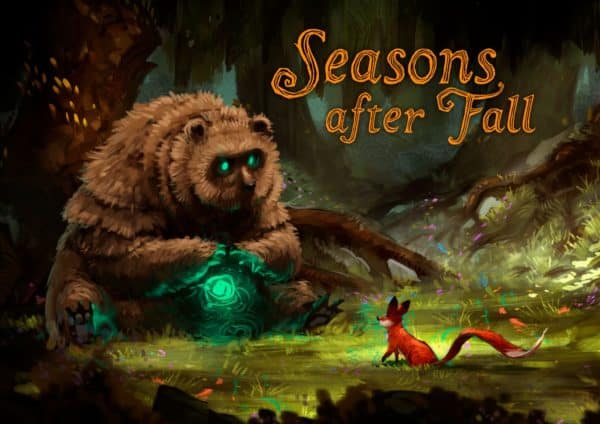 A Fox and His Spirit 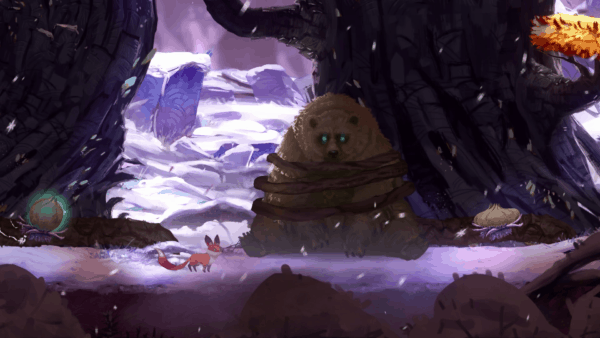 The voice, now calling it Little Seed, also adds that every spirit seed needs an animal companion. A wild fox appears and Little Seed chooses the fox. Merging it’s spirit with the fox’s, Little seed takes control and so begins their journey. The colorful duo go in search of the Bear, Crane, Cicada, and the Eel each guarding their respective seasons. Traversing through their respective season domains, the fox discovers the ability to manipulate the seasons.

Many times Little Seed comes across obstacles and puzzles that prevent them from progressing. Beginning with the guardian of winter, the Bear, Little Seed and the fox can learn how to switch between the Seasons. After gaining two seasons, the duo uses these different seasons to complete puzzles. For example, the duo needs to freeze a water sprout. Thus allowing the fox to use it as a platform and jump higher. Each season has its base state. Making the player have to then figure out what season they need to use to progress. So, using the previous example, during the Fall season the water is melted and the sprout is still spewing water. Meaning the Fox won’t be able to proceed to a higher area. This is why the season needs to be changed into Winter. 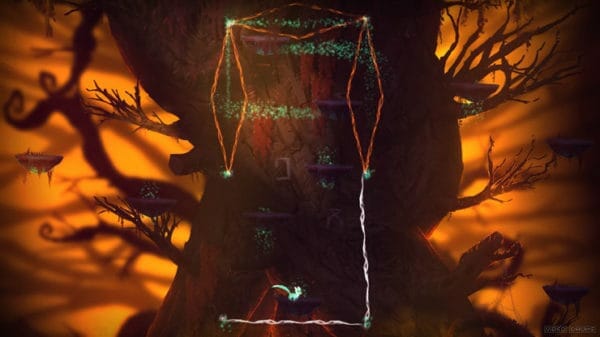 These environmental puzzles are very subtle. So, players may need some outside of the box thinking when completing them. The game also isn’t very direct. So, some puzzles may require some time to figure out. There’s essentially four levels in Seasons After Fall. And while players can go to different areas of their own will, the game is very linear. The key is knowing when to change seasons and how to properly use them. 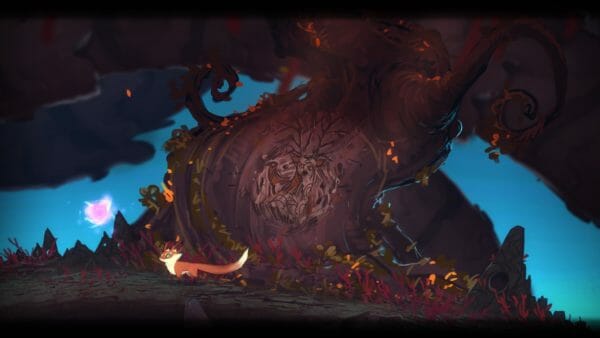 Seasons After Fall is, simple put, beautiful. The colors and art style fit perfectly within Little Seed’s journey. The hand-drawn 2D characters and enviroment, are a sight to behold. While the change to each season comes with it’s own mood and style. For example, Winter is depicted with a snowy landscape and a cold quiet mood. The music behind the seasons also fit. With Winter having soft plucks of the violin. While Spring bursts through with vitality. The game’s soundtrack, strongly stems from Vivaldi’s Seasons. I truly enjoyed entering each Season domain and having the feeling of controlling something magical. If the art style doesn’t capture you, the music certainly will. 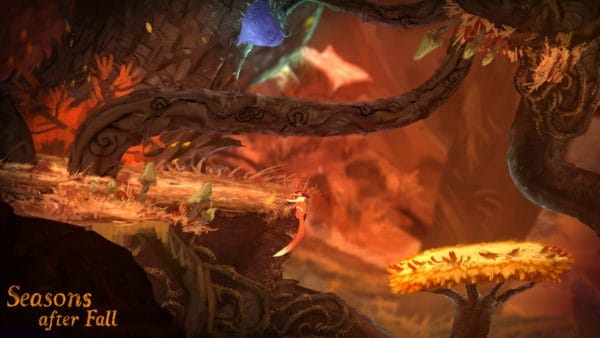 I want to preface all this by saying that I didn’t have much trouble with many of these issues. However, they do need to be pointed out. The bulk of the game uses backtracking and going through the same four levels multiple times. Each time the world may look different, or parts are connected through a different season. So, you have to continue rotating through the season changing powers to get to the next part of the story.

However, these puzzles aren’t necessarily hard either. So, while I felt it just allowed me to be more enraptured by the world. I can see where this may get a bit boring for some out there. Especially because there are some puzzle locations that are hidden.

Although, it only happened once or twice, I did have to search quite a bit to find where you are supposed to go. If the world doesn’t connect with you, it may just get frustrating. Also, I noticed sometimes that the fox was a bit slow at jumping. Causing it to fall and having to repeat the jump multiple times. This is a Metroidvania after all. But the lag does show up here and there.

Story connects to the spiritual side of nature

A lot of backtracking

Puzzles can be easy to miss

Overall Score: 8.0 Out of 10. I truly enjoyed Seasons After Fall for how much time and detail is in it. Certainly, this is one of those games that can be considered a work of art. I enjoyed the magic filled world too. The game also stirs a slight spiritual feeling inside players, almost as if they are bonding with nature. However, the game has little replayability, and probably winds up being something you’ll go through once and never touch again. What makes it stand out is the art style and the music. This alone makes it worthwhile trying out. Plus, the fox is really adorable with it’s cute squeaks. This game holds a special place in my hear. Hopefully more people get to experience this game they way I did.

For the sake of transparency, a digital code was provided by the publisher (Focus Home Interactive) for review purposes.