Riding on the legacy of past Soulsborne games, Sekiro: Shadows Die Twice is one of the most challenging games of 2019. Perhaps too great a challenge for even the most dedicated players. 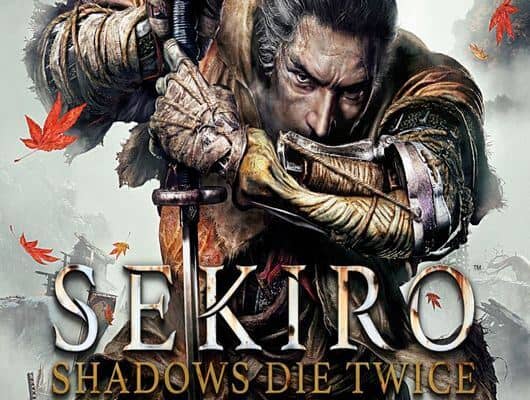 A Lone Wolf to Serve 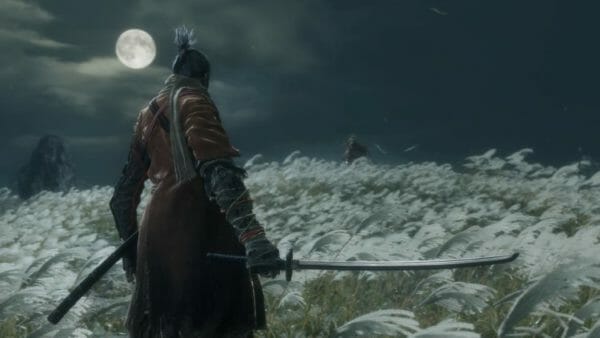 The game begins with a grand-master shinobi on a bloody battlefield in Japan. The Ashina clan has sought to conquer Japan but the focus is on the shinobi and a boy. The Master finds a boy with eyes like a hungry wolf, takes him in as a shinobi in-training and names him Wolf (Sekiro). Flash forward and players see Wolf grown up to be a lone ninja, on his quest to save his master from the Ashina Clan.

Genichiro, a Lord and fierce warrior of the Ashina clan has captured Kuro, the boy’s master and the Divine Dragon’s heir. The blood of the Divine Dragon is said to revive those who are on the brink of death and is the central gameplay aspect of what separates Sekiro from other SoulsBorne games. After falling in combat and losing his arm to Genichiro, Wolf’s resolve to save Kuro is tested as his journey across Japan begins.

One of the many highlights in Sekiro its story. Unlike its predecessors Dark Souls and Bloodborne, Sekiro focuses on a beginning and end. The protagonist is not a random character players create but an actual protagonist that has a back story and a name. Sekiro also has a central plot that revolves around Wolf and his interaction with the other characters. With players learning about the world of Sekiro as they go through the game.

Dark Souls and Bloodborne rely heavily on secrets and nuggets of information found through gameplay. Requiring very little interaction with NPC’s, other than in finding special items or in specific playthroughs. Sekiro’s interaction with NPC’s is on a deeper level where these very same characters can be affected by the Divine Dragon’s powers and Wolf’s actions. Special tools and items are available after NPC interactions, but what sets it apart is that even those interactions are interwoven into the story. 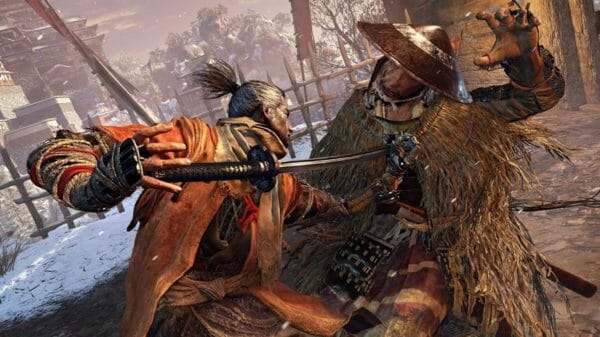 Sekiro’s release sparked numerous rumors and expectations that it would be either a Bloodborne sequel or at least play very similar to Bloodborne. However, nothing could be further from the truth. Sekiro is a completely new game that challenges even the best SoulsBorne player. Although it uses certain aspects of those games, it also has its own flavor that sets it uniquely apart from them too.

The Fight of Resurrection 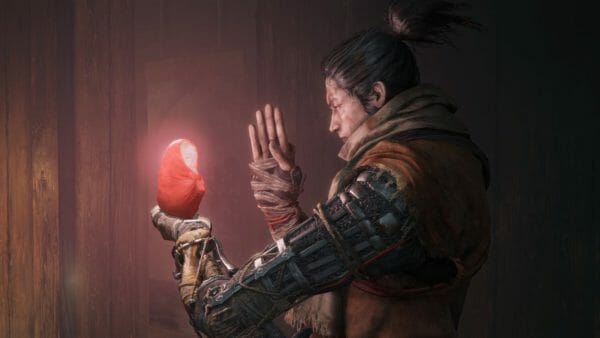 The main conceit of the game is the ability to be revived. Players in the middle of battle can call upon Kuro’s power of resurrection to keep fighting. This special power is the driving force behind Genichiro and the Ashina Clan. But using this power has its consequences. Players relying on Resurrection inflict a disease known as Dragon Rot on the NPC’s that Wolf interacts with and meets. Dragon Rot is an almost incurable disease that takes a person’s life essence per each resurrection.

The ability to actually use resurrection is gained by killing enemies. Once the player has charged up the resurrection power, it requires the previously mentioned exchange of life. Giving a great importance to a thematic element of Sekiro that everything is life for life. As players level up, they also meet new people and obtain more items. Thus giving them more chances at using resurrection too.

Block For Your Life

Another major highlight of Sekiro is the block and parry system. Wolf uses a katana as his primary weapon. Katana’s are usually weak when it comes to going in for the kill. So Wolf has to use his block and parry skills to weaken the enemy and find the perfect opportunity to deliver his deathblows. Players trying to go on the offensive and shave off HP on enemies will find that this tactic doesn’t work. Dark Souls focuses on using shields and slower combat. However, with Sekiro it is all about timing. Miss a block or parry and the entire battle goes downhill.

Also important in Sekiro is stealth. Using ninja tools and a Shinobi prosthetic, (which Wolf lost in a fight against Genichiro,) players can reach new areas that help make fights easier.

The Experience of Upgrading

Adding another layer of difficulty to the game is the leveling system. Unlike Dark Souls and Bloodborne, Sekiro’s stats are based on collecting prayer beads. You need four beads in order to increase his attack, stamina, or strength. These beads are acquired by beating mini-bosses or main bosses.

However, defeating these bosses is extremely difficult. Making upgrading an important facet of progression. Players can upgrade abilities using their karma (similar to the souls system from the Dark Souls series). The upgraded abilities are only useful for players who have mastered their parry’s and blocks. This type of level system really pushes players to get better but it also may push them a bit too far. Especially, when mini-bosses are as difficult as the main bosses.

A Beautiful and Terrifying World 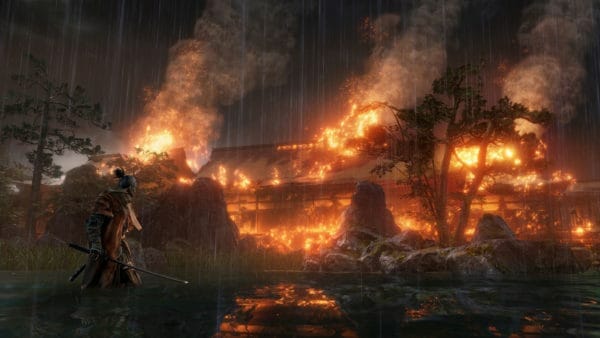 Sekiro’s graphics are by far the most beautiful of all the SoulsBorne games. The dedication to the Japanese architecture, while also making the yokai absolutely terrifying is fantastic. Watching Wolf sneak past a giant snake god is stand out moment that kept me on the edge of my seat.

In addition, the fluid motions of combat make the fights a total spectacle. The way Wolf fights and moves is breathtaking at times. There are hardly any awkward movements or weird sword clashes that would take you out of the experience.

However, the camera is a different story. It is incredibly frustrating to maneuver. In some battles, the camera was so bad that I died because of it. The camera can easily misplace players and make it hard for them to properly block, much less parry. This is the only thing that hurt the game in my view.

Sekiro: Shadows Die Twice turns SoulsBorne games on their head. It sticks to its own devices and does a fantastic job of being unique. A beautifully difficult game that challenges even the most experienced Soulsborne player. Capturing the feeling of war torn Japan and delivering gameplay that is super satisfying when the camera doesn’t get in the way. While also investing you in all aspects of its world. Sekiro is certainly going to stand out among the best games of 2019.