The Caligula Effect: Overdose is remaster of a PlayStation Vita title simply named The Caligula Effect. Where players travel to the world of Mobius. There, you are trapped as a high school student and forced into making a choice. Escape from a utopia or stay forever. 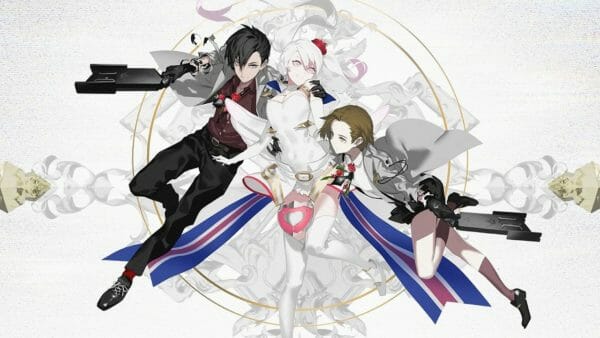 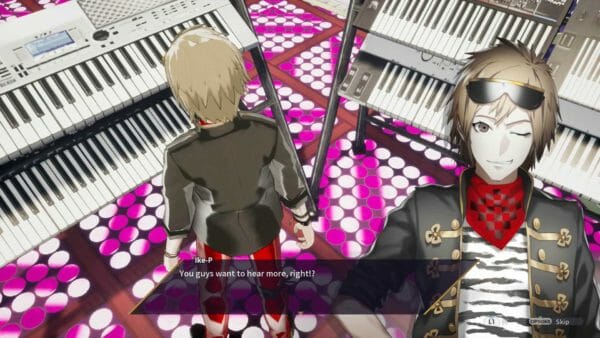 Mobius, a world led by Vocaloid Idol Myu, contains high school students from across the world. These students look like the average teenager, going to school and taking every day as happily as they can. But a dark secret lies among the halls of Mobius. The students are actually souls who died in the real world. Their regrets are the cause of why they are stuck as teenagers, almost a sort of purgatory for them. Myu creates Mobius to wipe the memories of these souls and create a better life for them as high school students. Until things go South.

The music Myu creates with her composers causes the Catharsis effect. A student’s negative emotions become so powerful that some become mindless monsters with digital weaponry. However, the main character can actually control the Catharsis Effect while retaining their own free will. Players have different choices in the main character’s regrets. Thus serving as an introduction to much tougher choices further into the game.

After a graduation gone wrong, the main character slowly realizes the type of world Mobius is. While trying to run away, they meet the opposing faction in Mobius called The Go Home Club. A group of students who have come to their senses and also realize what Mobius is. Their goal is to find the way back to the real world.

A Haunting Sound of Battle 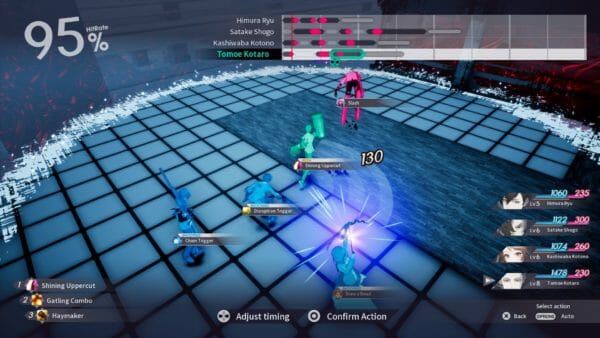 Students overtaken by the Catharsis Effect attack particularly anyone who threatens what Myu has created and can even kill the main party, if not careful. Battles take place inside a simulation-like environment called The Imaginary Chain. Here, players can test what course of action works best. They can see the amount of potential attacking damage, while also seeing how the enemy could react as well. Creating quite a refreshing battle system. Based much more on strategy than other RPG’s. This expansion on the battle system is new to Overdose. The more you explore how to use it, the more rewarding it becomes too. For example, if you plan correctly you can find recovery time if you take too much damage during an enemy attack.

However, there are some drawbacks. Parts of the game become tedious mainly due to overpowered and sometimes borderline impossible bosses. Also, randomness breaks the strategy of the game. Leaving everything the player learns at the door, which is pretty frustrating. Leveling-up is quite a grind too, although that’s alleviated some by enemies respawning between level transitions. thankfully most enemies are able to respawn between the transitions of levels. 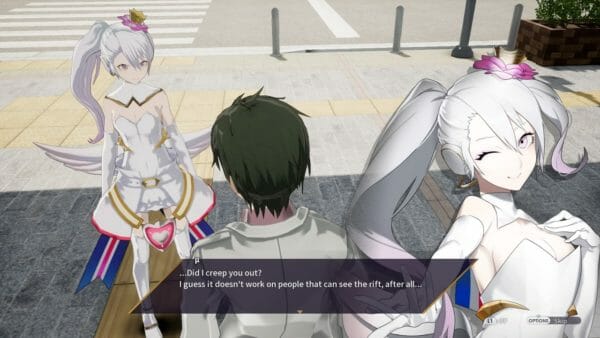 Graphics wise, the game still relies heavily on assets from the original Vita game. Most characters look like standard anime fair with each carrying a few things that make them memorable. The all-white color scheme hurts most of the characters as well. There’s also a lack of detail which made sense for the Vita but stands out badly in the move to PlayStation 4 and Nintendo Switch.

Battles also lack a smooth dynamic. For example, a character does a cool move which releases an overload of emotions. However, it doesn’t feel very special like it would in other games. This is probably due to again taking so much from the Vita version. Honestly, it is a bit disappointing. Especially since some of the cutscenes are actually animated. Those cutscenes are beautiful and a stand out feature of the game. If the premise of the game interests you at all, there was an anime based on the game released in 2018 called The Caligula.

The musical score is also a highlight. Across the campus and in the world of Mobius players can hear Myu actually singing. While coming out of battles players will hear an instrumental of Myu’s various songs. In battle, the full song plays out, along with other short versions of her songs as they plan their attack. Overall though, I didn’t feel that most of the music is good enough for the repeated listening created by the battles. Thankfully there are a few fun and catchy songs in the bunch. 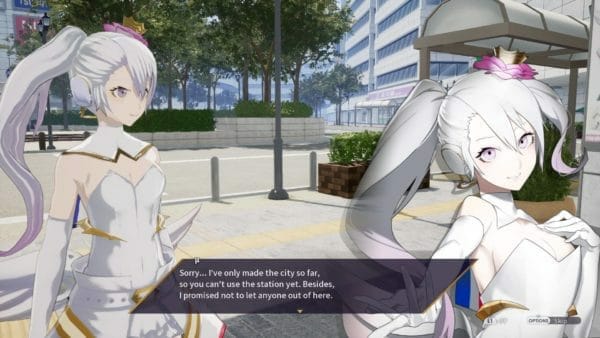 The Caligula Effect Overdose contains over 500 NPC’s that players can talk to and befriend. Each student in the world of Mobius is part of a story. Players can view which student is a part of what story while piecing together how many of them came to Mobius. This also allows players to earn experience points, items, and even new skills. However, due to there being so many NPC’s their design and dialogue do get a bit samey, making it rather frustrating trying to grind through so many conversations.

Caligula Effect also multiple endings and gives players the ability to play through the game again as a different faction depending on whether you chose the Go Home Club or the Musicians (Myu’s composers). The choices do get philosophical and at times even emotional. I really enjoyed the philosophical train you can go on at times.

The Caligula Effect Overdose makes its best Persona impression. Succeeding in telling its story of being a person stuck in a musical purgatory that tugs on emotional heartstrings. While the look and feel are certainly lacking. Especially with it being a remaster, at least the anime cutscenes certainly stand out. The battle system is unique and special, with its simulation before players actually make a move being a nice treat to go along with the enhanced strategy the system provides. Overall, this is an enjoyable game, especially if this is your first time playing.

This game was reviewed using a digital code provided by the publisher (NIS America).