The latest title in SEGA‘s Shining series, Shining Resonance Refrain, is a remastered PlayStation 3 title. Brought over to current consoles and given an English language version, hoping for success in North America and Europe. A Japanese Role-Playing game that makes players grind to enjoy a story filled with music, action, and even dating. 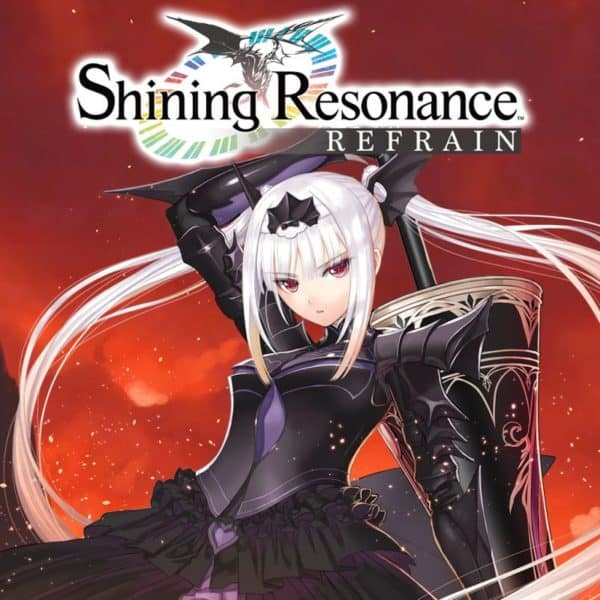 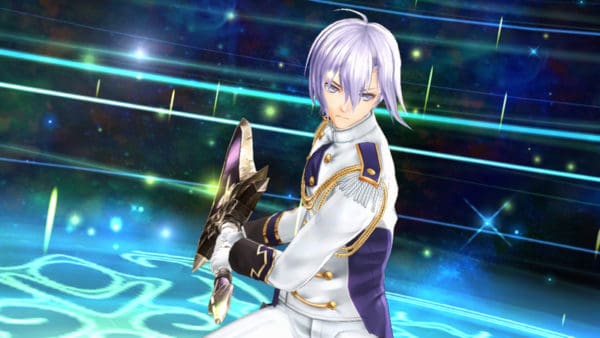 Shining Resonance Refrain follows a boy named Yuma and his friends, Sonia and Kirika, as they embark on a journey to save their homeland. The story takes place in Alfheim. A land where dragons and people used to live in harmony. A power called the Rune Songs allowed people to communicate with dragons. However, a powerful force named Deus appeared in Alfheim. As with most villains, this divine force sought absolute chaos. And he achieved this by separating dragons and humans.

This separation caused a fierce war that tore apart the land. Essentially bringing about Ragnarok along with it. After years of bloodshed, the war ended when the people sealed Deus away and the dragons went extinct. The most powerful dragon, the Shining Dragon, helped the people one last time by bestowing powerful weapons called Armonics upon Alfheim.

Yuma appears a thousand years after these events. After his friends save him from the Empire’s grasp. The quest begins in earnest. 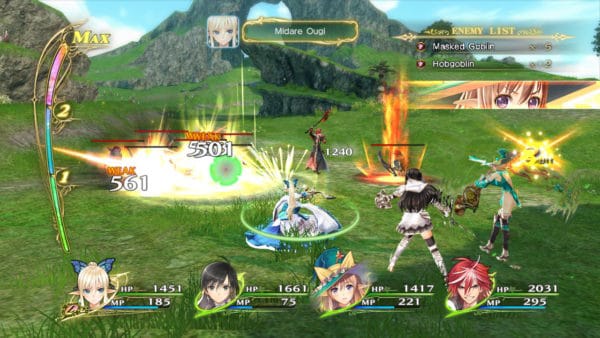 Battles are mostly free roaming. Although, there are boundaries in case players need to escape. Players can also attack by using either regular attacks or break attacks. Break attacks are special because they allow you to stun enemies. Be careful though, as any form of attack consumes AP with each blow. Ultimately, using a combination of both attack types helps achieve success in battle.

Apart from regular and break attacks, characters also have special abilities called a Force. A Force can actually be several different things depending on the character. For example, there are special move Forces. Along with magic, and even healing Forces as well. Players can interchange forces during or after battles. Allowing for a greater variety of combos. Forces do consume MP when activated. Thankfully, MP recharges once you begin using regular attacks again. Players can also dodge or block attacks. As with most games, the effectiveness of a block depends on the strength of the enemy. 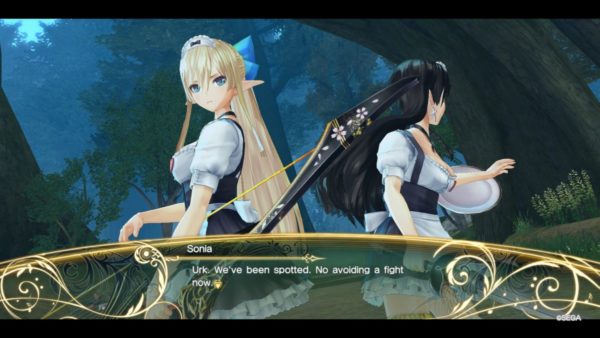 Four characters are available at the outset of your adventure. There are eight in total, a few that are unlocked by playing through the story. While two others can only be used in the game’s special Refrain Mode, which I’ll discuss more later. Players can switch party members outside of battles without having to be in a save spot or central hub area. They can also switch mid-dungeon (unless in the Grimoire) and have the chance to level up all characters as well. Party leaders can switch before and during battles too. If Yuma’s playstyle doesn’t work for you, it’s super easy to switch to another character instead. 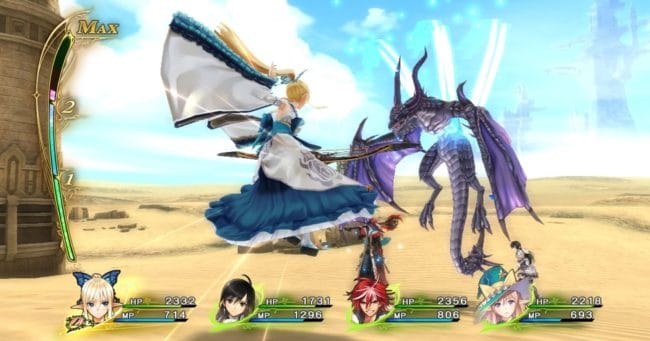 Players should note that a monster’s experience level is not restricted within chapters. If players clear out dungeons only once, boss battles are insanely difficult. The game stresses that grinding in dungeons is very important. Even as you meet the first real boss, a Dragon Soul. This dragon is very powerful. Especially at level 14. If players rush through that dungeon without grinding, their max level before facing the boss would be level 9. However, a decent grind would put them around level 12-14. Thus, still leaving for a challenging boss battle, without feeling the frustrations of being under-leveled.

The Power of the Shining Dragon 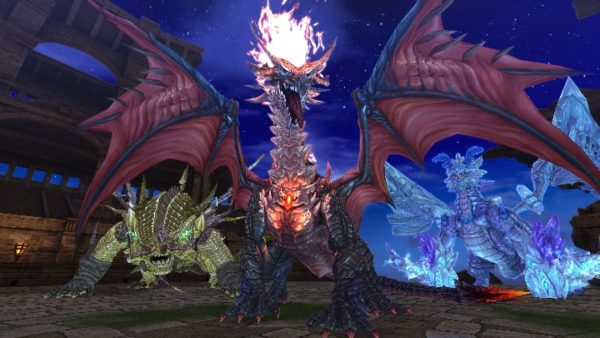 A key gameplay component in Shining Resonance Refrain is the use of Yuma’s dragon form. Yuma has the ability to transform into the Shining Dragon himself. This ability is called Dragonshift. As Yuma levels up so do his dragon powers. He begins with a limited form, which uses claws for regular attacks. While also gaining the ability to use breath attacks too. No worries though, he does gain a more powerful form later on in the story. However, players should use Dragonshift cautiously. Dragonshift uses up Yuma’s MP. If his MP runs out, Yuma enters into berserk mode. Players have no control of Yuma in this state and are forced to take control of the next party member after him. Yuma also attacks anything in sight, including other party members.

Musical Weapons and their Divas 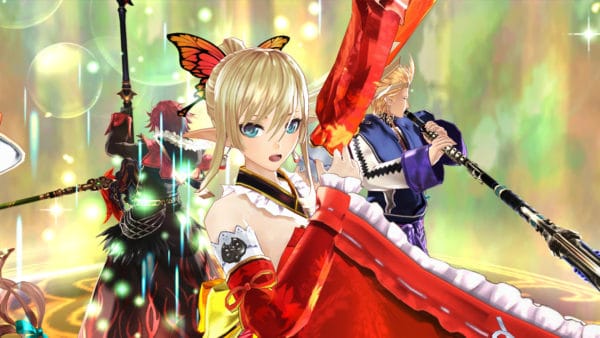 As mentioned before, Armonics are powerful weapons forged from the power of the Shining Dragon. These weapons are shaped as various instruments and were originally used by Dragoneers to help create powerful melodies to communicate with the dragons. After Ragnarok, these instruments became usable weapons. For example, Kirika’s weapon is shaped like a harp but is used as a bow. There are six Armonics in total. These instruments are meant to resonate with Yuma’s weapon, Vandelhorn. A powerful sword dealing that deals high damage and is the physical form of the Shining Dragon’s power within Yuma.

When Dragoneers’ Armonics unite with each other, or with Yuma, a powerful effect happens called B.A.N.D. sessions. B.A.N.D. sessions are gained after acquiring Rune Songs. Sessions happen based on a player’s Battle Performance Meter (BPM). These sessions can create buffs on party members or negative status effects on enemies. What makes sessions so important though is the ability to combine with Yuma’s dragon form. His power harmonizes in sessions allowing Yuma to be almost godlike. 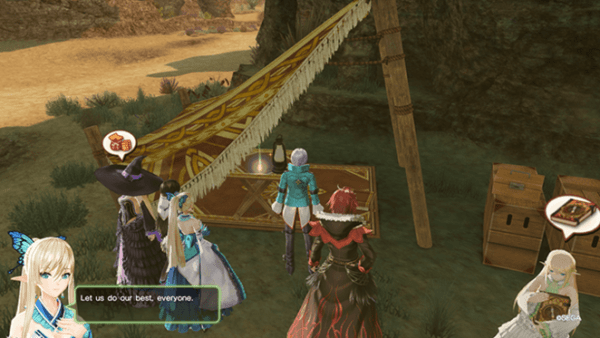 Armonics can also level up and change throughout the story using tunings. Players gain at least one new tuning per story chapter. Equating to about eight tunings each. And gaining max rank in a character’s tunings grants them devastating power against bosses. Armonics also become stronger when aspects are equipped. Aspects are like orbs with special stats. Almost any character can use them as well. Aspects change stats like defense, attack, MP amount, and health. There are some character specific aspects that can be crafted through mixing certain ingredients or doing quests too. 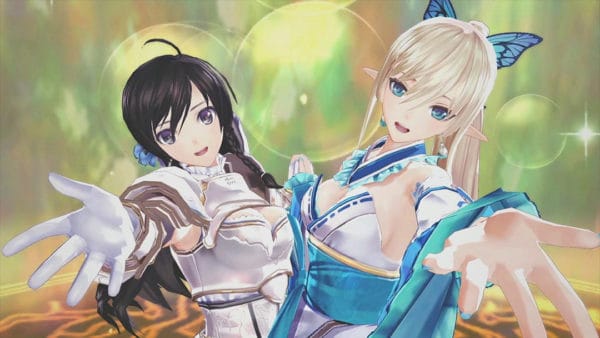 Shining Resonance Refrain also has some dating sim elements in it as well. As players begin dating characters, special traits are introduced. These traits are acquired by finishing quests, dialogue, and dates. Players using the bond diagram can switch character positions in said diagram to connect characters with each other. Traits are characteristics that impact a character’s performance in relation to the character you primarily use. For example, if players play as Yuma and they have Sonia with a supportive trait, Sonia’s moves combine in battle for a better defense or attack, depending on the trait.

The problem is traits are rather confusing. Especially since they don’t affect battles. They only really create a couple of special voice lines, but that’s about it. At least players who are looking for the specific traits PSN trophy or Xbox achievement may enjoy hunting for traits. 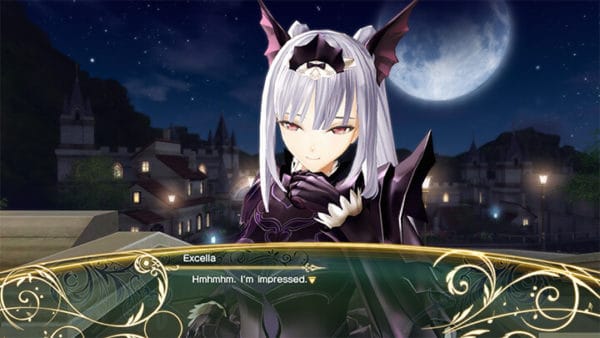 Refrain Mode is a special inclusion for this remastered version of the game. It’s also supposedly the second portion of the story as well. The problem is, it doesn’t change or add to the story at all. It does give players the chance to play as two extra characters, Excella and Jinas. Ultimately though, the mode winds up really disappointing because you don’t learn anything about these new characters at all. Instead, players get cutscenes where they can fight the story mode Excella. With the option to fight Evil Excella vs. Your Excella. And that’s it.

Strong story that stands on its’ own

Traits are extremely confusing and only felt necessary for dates.

Overall Score: 8.0 Out of 10 Shining Resonance Refrain is a JRPG that I thoroughly enjoyed. It sticks true to its genre while also offering evolved mechanics. Making the game smooth sailing (with the exception of one or two small bugs.) The gameplay is phenomenal and never pauses for a second. The story is both charming and fascinating, with characters that players can easily care about on both sides. In addition, the game’s music giving attributes to battles is something we should see more. I highly recommend this game to JRPG fans, or just anyone that’s willing to try something a little out of their norm.

This game was reviewed using a digital code provided by SEGA.