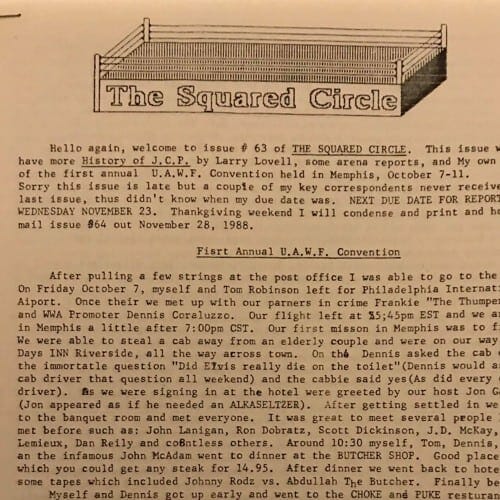 It’s time for a brand new episode of Shootin The Shiznit. This is the 5th show in the “Let’s Talk Shiznit on the Dirt Sheets” series. Episode 103 features Jammie Ward talking about The Squared Circle. BT & Jammie talk about when he started being a fan, how it started, how did he put it together?, how many subscribers ?, how many issues ?, why did they stop?, two Dennis Coralluzzo and more.

Jammie Ward and The Squared Circle