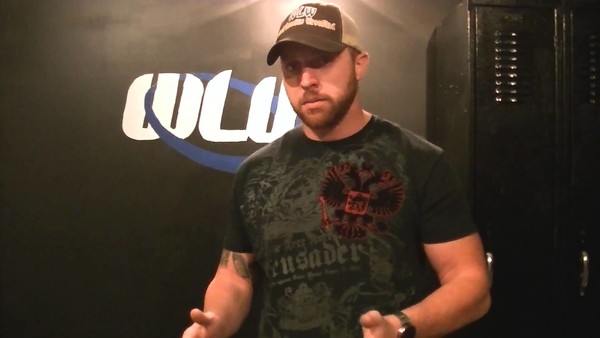 On this episode of Smack Download Wrestling Podcast, Dustin & Brandon Tonight talk about the RAW 25th Anniversary celebration! They talk about their Top 10 favorite Monday Night RAW Moments. Then, in the MAIN EVENT, we will be playing you part 2 of our interview with WLW’s Leland Race!

Welcome to having fun with us as we discuss everything that’s going on in the world of professional wrestling. The show features news, Pay-Per-View match predictions and results, and interviews with some of the best stars of the independent wrestling scene!

Don’t forget to follow us on Twitter @smackdownload OR you can CALL US ANYTIME! Yes, no other podcast host does this. YOU can call Dustin at any time, phone number is (256) 432-7469. We will answer calls whenever possible. Also, support the Show You can also like our facebook page too.

Dustin has been a wrestling fan for most of his life. At age 16 he discovered an Indy show in his local area called EPW. One night Dustin snuck in the back door to watch the show. Apparently security in these days wasn’t much of a thing. After the first show he immediately became infatuated with the promotion and decided that it was something he wanted to be a part of. That night he met with the promoter and talked his way into a position writing online articles and covering the results for the promotion.

He would remain with the promotion until age 18 when then booker Izzy Rotten decided his services were no longer required. Dustin attempted to become a color commentator for the promotion’s local public access show, but Izzy would not allow Dustin to work onscreen.

Dustin then went to Corinth, MS where a rival promotion had opened up. On his first night the ring announcer for the show no-showed, the event leading to Dustin once again talking his way into a job with the booker of that show Justin “Bumpy” Rhodes.

After only a few weeks as a ring announcer Rhodes decided that Dustin was better suited to become a manager and arranged to have him trained at a local wrestling school. Three months later Dustin made his debut as the manager for the team of El Brujo and Richie Rage.

Almost one year later Dustin would return to EPW where he would continue his wrestling career for the next 14 years before going on hiatus in 2015.

Today his focus is primarily on The Smack Download Podcast, where along with his partner Jackson, he continues to create new exciting content every single week!

Some people settle for mediocrity. Brandon Jackson shoots for the stars and strives to be one of them. With a witty sense of humor, this Illinois native approaches the wrestling and gaming world from a loving fan perspective. He started from the humble beginnings of wide-eyed young fan admiring Eddie Guerrero to wrestling in high school. He approaches the wrestling world with a cold Luigi stare and gamer callus hands. His love for the classics and optimism for the future makes him perfect voice for the fanatics and novices alike.

About The Author: Dustin Burcham