Snowflake’s Chance brings out a dark and artistic side of action gaming. Weird, sometimes outright scary, and also frustrating. Players must tread carefully through its 21 levels. Especially, since any mistake can lead players to their death. The artistic style that parallels other indie games like Fran Bow, makes Snowflake’s Chance a special jewel in an indie collection. The real question for players in this game is, can you pass the Pit? 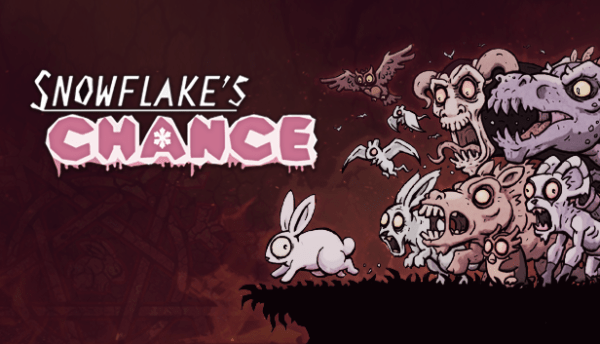 The Cute Bunny in Hell 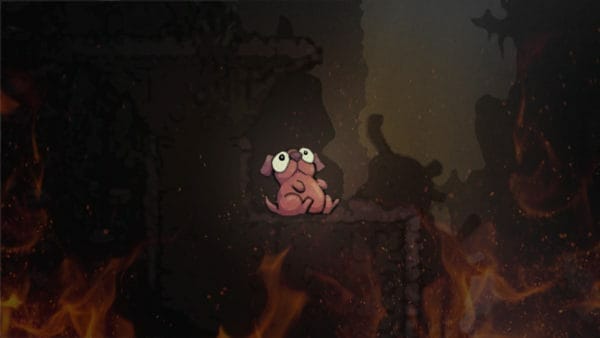 There really is no story in Snowflake’s Chance. However, it doesn’t hurt the game at all. Honestly, it’s rather empowering. The game set’s up the tutorial on a normal day. Snowflake is a cute purple bunny, who jumps out of her home on a quest to find the fourth corn. The tutorial teaches players how to climb walls, jump, attack, and get through tights spaces, to escape enemies. Once Snowflake gathers three corns, a crow flies by and suddenly players are dropped down into the fiery pits of hell.

This is where the story aspect of the game ends, and where players begin the real game. Player’s have 99 lives to progress through Snowflake’s Chance. The game’s 21 levels are connected to each other. Players have two choices in getting up these levels. Fight or hide. Fighting through is really a last resort. The fighting mechanic is focused on players staying still and then attacking. Bunnies are feeble creatures, and the game does a great job in making players feel that they are helpless. Therefore, hiding is the best course of action. So, a mastery of jumping, fumbling up ledges and scurrying across narrow gaps is supremely vital. 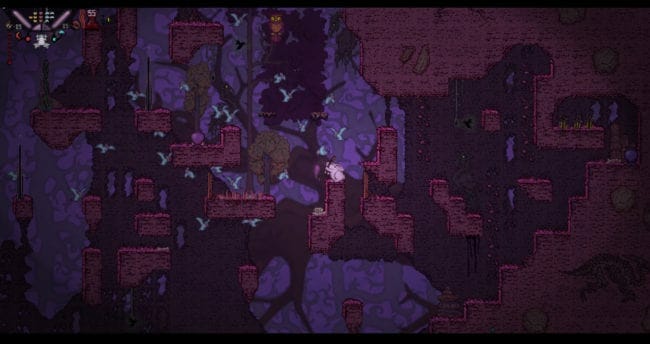 Your descent into the Pit causes an Evil Snowflake to run amok. Players have to dodge, and just flat out run away from it. This is made easier with Snowflake’s ability to consume different types of plants. Using those plants, players can heal, and even grow special abilities to pass difficult puzzles in each level. Aside from the Evil Snowflake, players run into other creatures who also fell into the pit. Snowflake can swallow up these creatures to help her escape. However, be careful, if players themselves fall, they can wind up, back where they started. 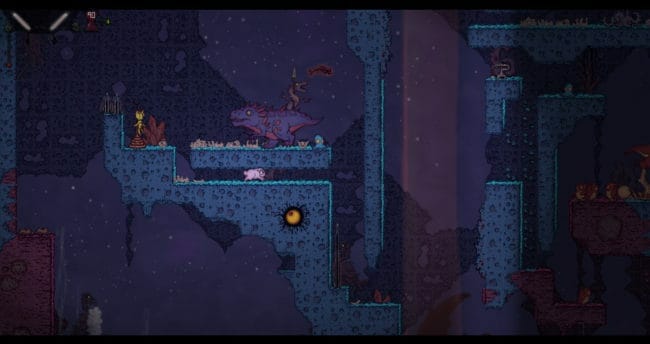 The best thing about the game, is the graphics. The art style of the game, is similar to another Indie horror game called Fran Bow. Developers CarlMorganArt do a great job of hiding the macabre themes, inside its lightly drawn characters and items. It provides an easily distinguishable contrast between the brighter heroic characters and the darker enemies. Each level also has its own unique style. Making each level really stand out on its own. While also suiting the gameplay rather nicely.

A Need for Appreciation 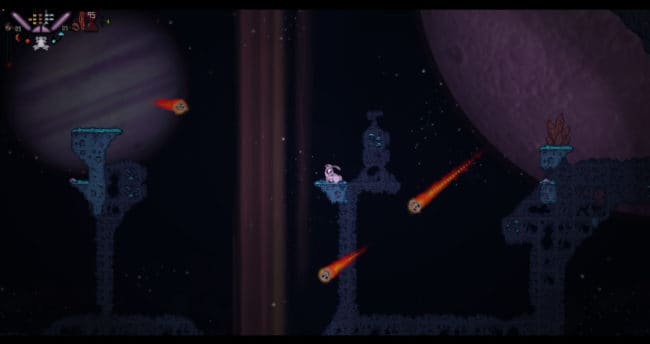 Personally I feel that this game may be better suited for mobile platforms, or something portable like the Nintendo Switch. The game presents a tough challenge, and I feel could grab hardcore gamers looking for that. Snowflake’s Chance has a pick-up and play aspect that is better experienced on the go. Although it shouldn’t take away from how much fun it is. I haven’t played an action game that I’ve enjoyed this much, in quite a while. I can easily see myself going back to it again and again.

Gameplay is focused and Challenging

The attack mechanic seems useless unless it involves a puzzle or taking down an obstacle.

Can be a little laggy when jumping using the keyboard.

Overall Thoughts: 7 Out of 10 Snowflake’s Chance is a challenging action indie title. Players shouldn’t be fooled by the title and it’s cute protagonist. They may be surprised at how dark and even scary the game can be. In the end, Snowflake’s Chance was an enjoyable experience. Where the developers really made the gameplay shine and focused the interesting art style around it as well.

* For the sake of transparency, the publisher did provide a digital code for review purposes. *