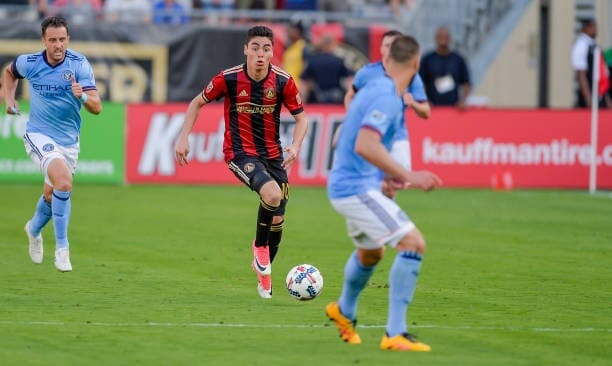 On this episode of Soccer 2 the MAX, Rachael McKriger rejoins the guys, Sean Garmer and Erik Watkins. They go through the weekend in Week 13 of Major League Soccer.

Should we go ahead and crown Toronto FC after their beating on Columbus Crew. Atlanta make a statement in their win against NYCFC. Namely Miguel Almiron Are the LA Galaxy totally back? After outright winning against the San Jose Earthquakes?

The three also go in-depth on the U.S. Men’s National Team roster for the upcoming World Cup Qualifiers against Trinidad & Tobago and Mexico.

Sean and Erik make predictions for the FIFA U-20 World Cup 2017 Knockout stages. How far do they have the USMNT advancing? Could they make the final?

Finally, Rachael talks the weekend’s NWSL action. Plus some discussion on the U.S. Women’s National Team selection for the upcoming Friendlies against Sweden and Norway too.