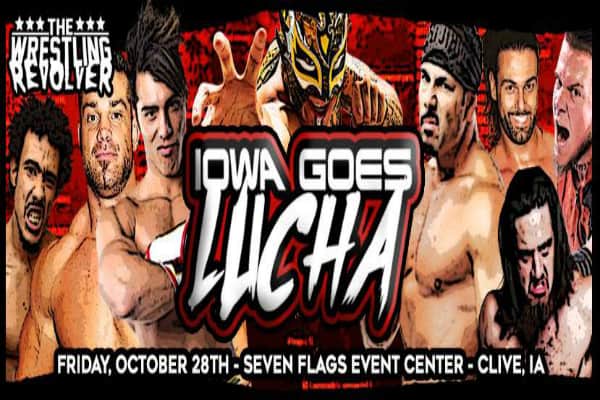 Our main event is Machine vs. Machine as the the Death Machine, Sami Callihan, takes on the F’in Machine, Brian Cage. Can the Worldwide Desperado overcome a huge size disadvantage to the swolverine? Or will Mr. GMSI power his way to victory?

Also, two tag teams from Ohio clash to prove who is truly a killer. Zachary Wentz teams with Dezmond Xavier to take on the brothers from Ohio, Jake and Dave Crist, the OI4K.

Then, stay tuned for our big finish. Featuring our best and worst match, and our cash and trash. Revolver returns to Iowa, and ends up being taken over by Lucha Underground. We’ll see who can win in the end as WU reviews The Wrestling Revolver: Iowa Goes Lucha