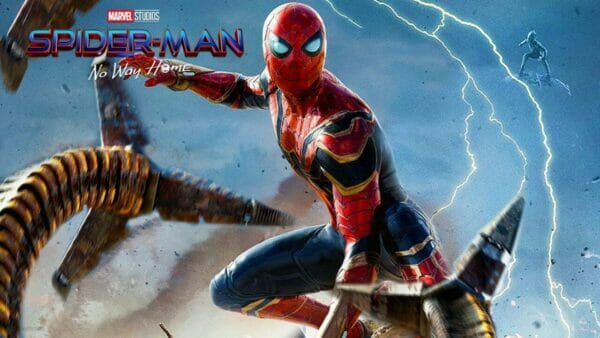 Spider-Man: No Way Home (2021 Movie) is American superhero film based on the Marvel Comics character Spider-Man. It was co-produced by Columbia Pictures and Marvel Studios and distributed by Sony Pictures Releasing. It is the sequel to Spider-Man: Homecoming (2017) and Spider-Man: Far From Home (2019), and is the 27th film in the Marvel Cinematic Universe (MCU). The film is directed by Jon Watts and written by Chris McKenna and Erik Sommers, and stars Tom Holland as Peter Parker / Spider-Man alongside Zendaya, Benedict Cumberbatch, Jacob Batalon, Jon Favreau, Jamie Foxx, Willem Dafoe, Alfred Molina, Benedict Wong, Tony Revolori, Marisa Tomei, Andrew Garfield, and Tobey Maguire. In the film, Parker asks Dr. Stephen Strange (Cumberbatch) to make his identity as Spider-Man a secret again with magic following its public revelation in Far From Home, but this breaks open the multiverse, allowing supervillains from alternate realities who have fought alternate versions of Parker to enter his universe.

It set several box office records, including records for films released after the onset of the COVID-19 pandemic and has grossed over $638 million worldwide, becoming the sixth highest-grossing film of 2021. A sequel is in development.