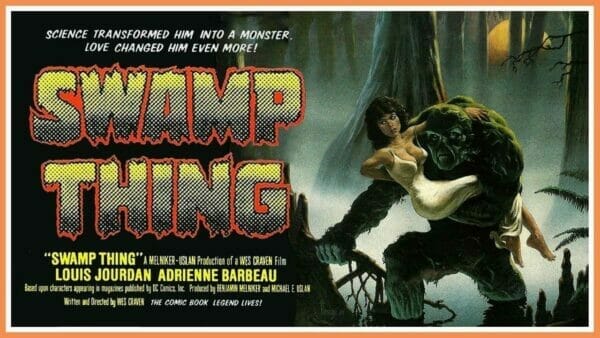 Sean Comer and Mark Radulich present their Swamp Thing 1983 Review! Swamp Thing (1983) is an American superhero horror film written and directed by Wes Craven, based on the Vertigo/DC Comics character of the same name created by Len Wein and Bernie Wrightson. It tells the story of scientist Alec Holland (Ray Wise) who becomes transformed into the monster the Swamp Thing (Dick Durock) through laboratory sabotage orchestrated by the evil Anton Arcane (Louis Jourdan). Later, he helps a woman named Alice Cable (Adrienne Barbeau) and battles the man responsible for it all, the ruthless Arcane. The film did well on home video and cable.

Science transformed him into a monster. Love changed him even more! Swamp Thing 1983 Review!