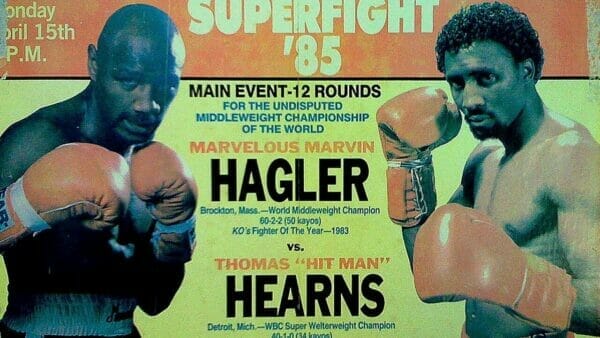 Marvelous Marvin Hagler vs. Thomas Hearns (originally billed as The Fight, referred to afterward as The War), was a world middleweight championship boxing match between undisputed champion Marvelous Marvin Hagler and challenger Thomas Hearns, the WBC super welterweight champion, who had gone up in weight for the bout. Won by Hagler by third-round knockout, the fight is considered to be the three greatest rounds in boxing history, due to its constant action, drama, and violent back-and-forth exchanges.

The Fight! The War! The Four Kings of Boxing: Hagler vs Hearns