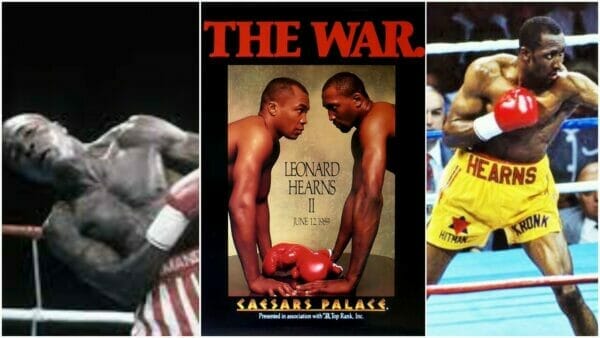 Sugar Ray Leonard vs. Thomas Hearns II, billed as The War, was a professional boxing match contested on June 12, 1989, for the WBC and WBO super middleweight titles. The fight ended in a split draw, meaning both fighters retained their respective titles.

The War! The Four Kings of Boxing: Leonard vs Hearns 2