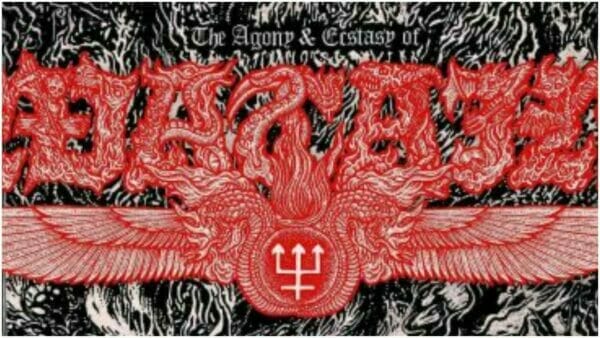 Watain is a Swedish black metal band, formed in 1998. The band’s name is taken from an early recording by the American black metal group Von. The band have become famous for their Theistic Satanist views and for their live shows which involve pyrotechnics, candles, Satanic rituals, animal carcasses, and blood. Their most recent album The Agony & Ecstasy of Watain was released on 29 April 2022 through Nuclear Blast.

The Agony and Ecstasy of Watain was recorded live in the Chapel of Necromorbus during the fall of 2021. It was mastered at The Panic Room.

Check out our other Watain reviews.

Recorded in the Chapel of Necromorbus, Watain The Agony & Ecstasy of Watain Review