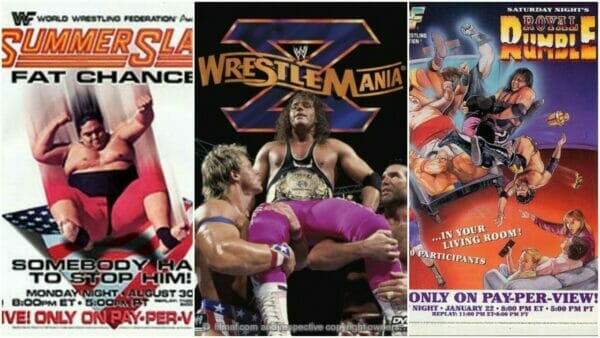 Pat Mullin, Chris Bailey and Mark Radulich present their continued look at the history of WrestleMania; The Mania of Wrestlemania 10!

WrestleMania 10 from the famed Madison Square Garden was the 10th annual WrestleMania professional wrestling pay-per-view (PPV) event produced by the World Wrestling Federation (WWF, now WWE). It took place at Madison Square Garden in New York, New York on March 20, 1994. The central focus of the pay-per-view was the WWF Championship, which was defended in two matches. Lex Luger challenged champion Yokozuna first but was disqualified for pushing the referee. Bret Hart faced Yokozuna later in the evening and won the championship by pinning Yokozuna. This led to a lengthy worked feud between Bret and his brother Owen, who had defeated Bret in the opening match of the pay-per-view.

On this episode we’re chronicling the rise of Bret Hart’s run to regain the WWF title from Yokozuna. We’ll also examine the rise and fall of All American Lex Luger! Plus, the steroid trial looms large between 1993 and 1994. All of this and so much more on this episode of The Mania of Wrestlemania 10!

10 Years in the Making – The Mania of Wrestlemania 10