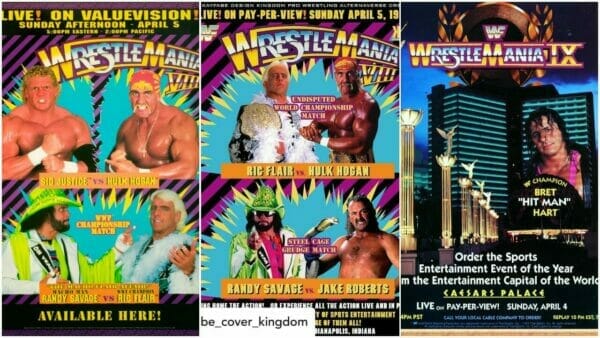 The Mania of Wrestlemania 8 and 9

Pat Mullin, Chris Bailey and Mark Radulich continue their look back at the history of Wrestlemania as they present their Wrestlemania 8 and Wrestlemania 9 discussion and review.

On this episode we’re chronicling the rise and fall of the Nature Boy, Ric Flair’s run in the WWF from 1991 – 1993. We’ll also examine the rise of the Undertaker, Bret Hart into the main event picture plus Yokozuna’s mega push to the title. We’ll talk about the The Ultimate Warrior leaving the company after SummerSlam just to come back and leave by Survivor Series 1992. The group will break down why we never got Flair vs Hogan at Wrestlemania 8. We’ll talk about pushing The British Bulldog at SummerSlam only for him to be gone months later and all of these sudden departures of known, main event talent negatively affected the company. Also, how much did the arrest, conviction and sentencing of Dr. Zahorian affect the roster of the WWF and the plans for main event caliber matches? All of this and so much more on the dense episode of The Mania of Wrestlemania 8 and 9!