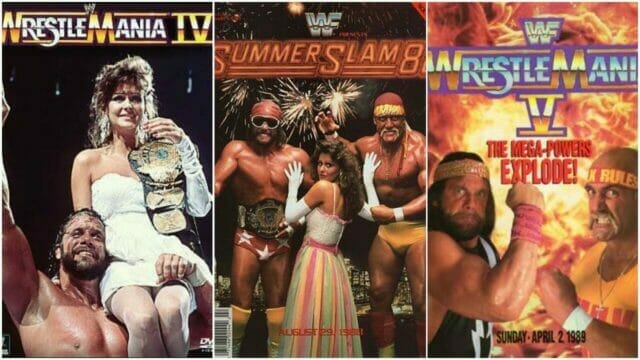 Pat Mullin, and Mark Radulich continue their look back at the history of Wrestlemania as they present their Wrestlemania 4 and Wrestlemania 5 discussion and review. We’ll survey the transition from Wrestlemania 3 to the first Survivor Series featuring Hulk Hogan’s team vs Andre the Giant’s team. Then it’s on to The Main Event featuring the rematch between Hogan and Andre where Andre stole the title from Hogan and sold it to the Million Dollar Man, Ted DiBiase. That leads to the title tournament at Wrestlemania 4 emanating from Trump Plaza! From their it’s The Mega Powers (Hulk Hogan and Randy Savage) against their long-time rivals, The Mega Bucks (Ted DiBiase and André the Giant) at the inaugural SummerSlam 1988. This eventually leads to the Mega Powers exploding and colliding at Wrestlemania 5!