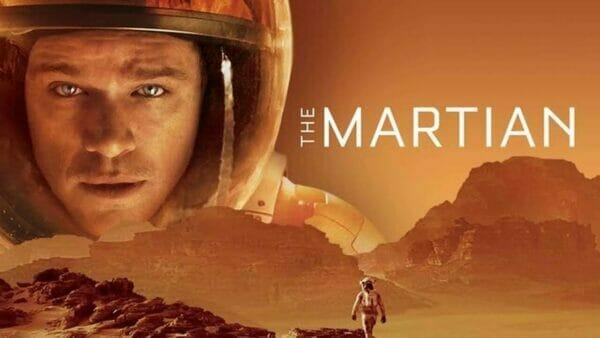 Robert Winfree and Mark Radulich present their The Martian 2015 Movie Review! With House of Gucci 2021 by Ridley Scott in theaters this week we’re looking back at his return to directing, The Martian!

The Martian 2015 directed by Ridley Scott is a science fiction film starring Matt Damon. Drew Goddard adapted the screenplay from the 2011 novel The Martian by Andy Weir. The film depicts an astronaut’s (Damon) lone struggle to survive on Mars after being left behind, and the efforts of NASA to rescue him and bring him home to Earth. It also stars Jessica Chastain, Jeff Daniels, Kristen Wiig, Chiwetel Ejiofor, Sean Bean, Michael Peña, Kate Mara, Sebastian Stan, Aksel Hennie, Mackenzie Davis, Donald Glover, and Benedict Wong.