A beautiful story and work of art, players take on the role of a Shaman traveling through time and creation in The Mooseman. Trying to understand more about the world around it. Designed to teach players about a tribe, The Mooseman is a wonderful indie jewel. 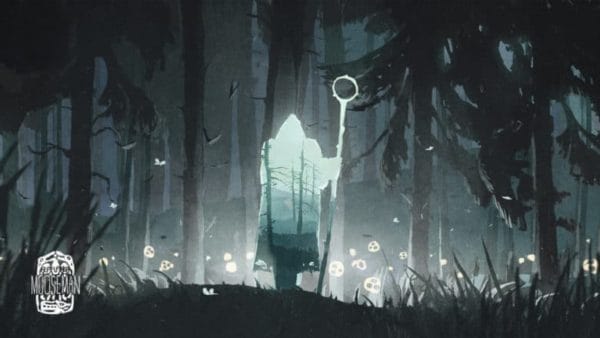 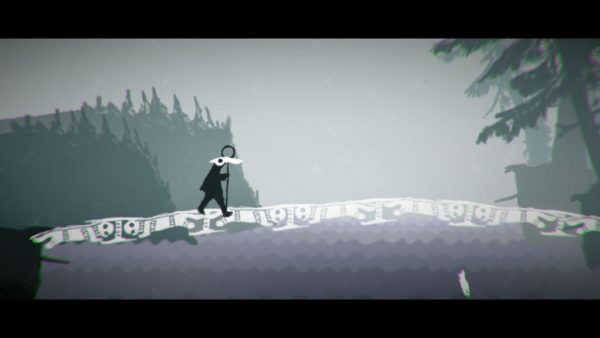 The Mooseman centers around the stories of the Permian’s. Specifically, the branch of Chud’. These Finno-Ugric tribesmen are natives to what is now Russia. They are hunters, gatherers, and have strong ties to the Earth. Its also part of Chud’ culture to believe in The Mooseman. Although a regular human to the normal eye, the Mooseman sees into the spirit world. Once in this spirit world, a man with a literal moose as his head travels through various levels. The spirit world is separated by three different levels: The Lower World, The Middle World, and The Upper World.

The journey begins in the Lower World where the spirits of the dead and the damned exist. Here you learn about the various deities guarding the underground landscape. While also learning the creation stories behind the Chud people. These stories allow an understanding of the culture as well as the role of a Mooseman. 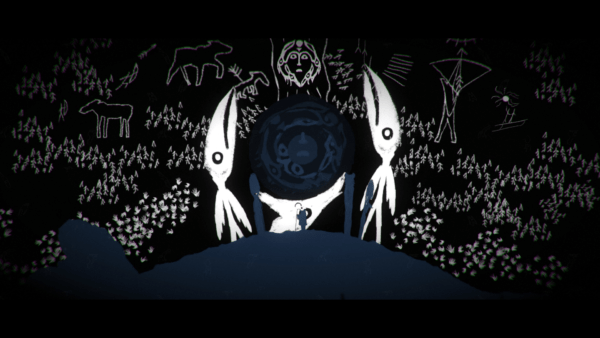 Each chapter is introduced with exposition in the Perm tongue. However, The idols encountered along the journey are the true key to learning about all the stories in the game. Thankfully, most stone idols are easy to find and simply require playing through the story.

Also, collecting artifact icons help players learn more about the story as well. These are a little trickier to find as they involve some puzzle solving. These artifacts are drawn and referenced in texts by actual researchers. Some of these artifacts explain the reverence towards certain animals, such as the bear. While also explaining the rituals done in honor of these animals and how important they are to their society. 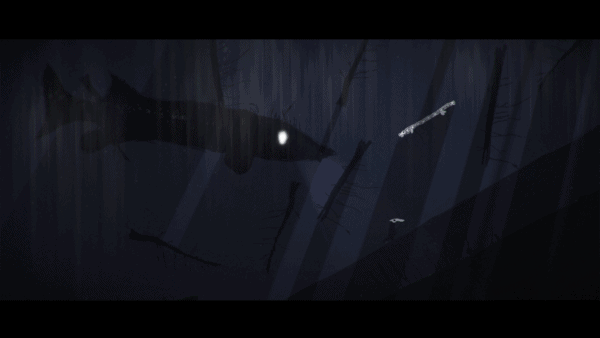 The Mooseman‘s art is the true spectacle of the game. The game pushes you forward merely by walking. Puzzles are not that hard and exist just to unlock more of the story.

There are some gameplay changes during certain moments. For example, when players learn about the Sun and how it used to be present at all times of the day. Gameplay reflects more of a hunter hunting down a moose. So now walking also included shooting arrows. Instead of just putting on the Moosehead and seeing the spirit world.

Enemies like wolves are present, but they just serve as the reason you are shooting arrows, instead of actual adversaries. However, this change of pace doesn’t feel like actual gameplay. It’s more like a small interaction with a work of art. 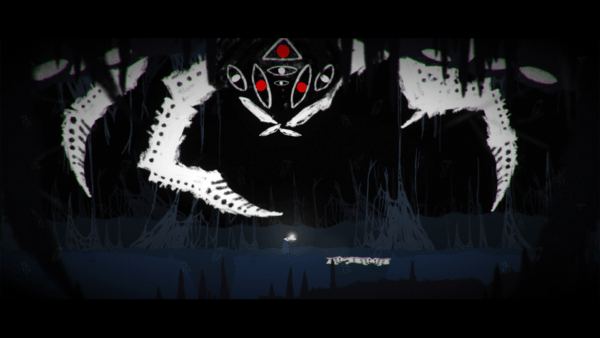 The big clue as to the gameplay comes in the boss encounters. This is where you really feel the Walking Simulator vibes. The hints are there if players look closely. Even without them though, it doesn’t take much to get past them. Since they are super easy. For example, I went up against the bear guarding the Lower world. I defeated the boss by just continually walking. If I stopped walking at any point then it meant death. There is such a thing as gameplay moments being too simple. The Mooseman suffers in this department greatly. However, it certainly makes up for it in other areas. 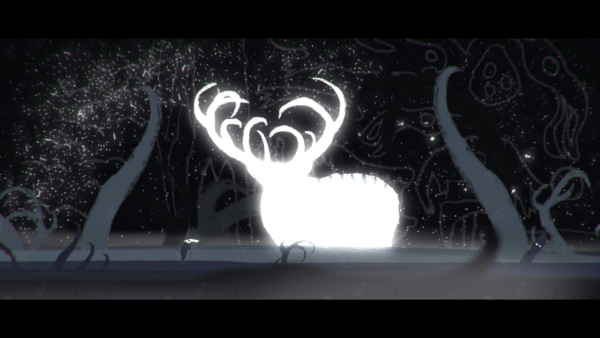 Vladimir Beletsky and Mikhail Shvachko are behind the in-depth research to accurately represent the Perminian culture. I was impressed by the details of the spirit world and use of limited color palettes. The native drawings felt like discovering the ancient culture themselves. It’s both ominous and enlightening to see the drawings of artifacts that were actually part of this ancient culture.

Through that, they also express an impressive work of art. Its haunting music creates a creepy atmosphere that keeps players at the edge of their seats. The silhouettes of the damned and conversion to the spirit world create a perfect combo as well.

The music behind each level was very mystifying. Helping create an ominous atmosphere that truly matches what’s happening. It especially helped in creating this creepy feeling in the Lower World as you explore its cavernous halls. The glory of the hunt was personified with the music instead of with words. It’s here that The Mooseman truly shines.

Gameplay is too simple

Boss encounters and enemies looked great, but are very uninteresting

The entire game features a low amount of interactions

Overall Score: 6.0 Out of 10 As an artist and a history lover, I enjoyed The Mooseman. It introduces players to a relatively unknown culture. Seeing it come to life in a game is both enlightening and astonishing. However, as an actual game The Mooseman is certainly lackluster. The puzzles are overly simple. It feels more like it tries to keep the player’s attention with myths and collectibles. There’s nothing wrong with really wanting to tell a story, but because of that, the gameplay proves mostly uninteresting. However, I do believe The Mooseman is a game for players to enjoy if they are interested in learning about ancient cultures, or really like walking simulators.