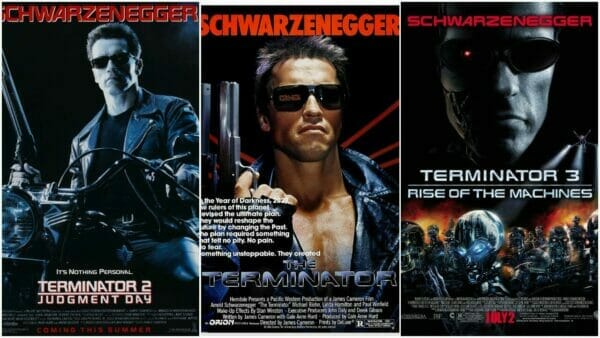 Terminator is an American media franchise created by James Cameron and Gale Anne Hurd. The franchise encompasses a series of science fiction action films, comics, novels, and additional media, concerning a total war between Skynet’s synthetic intelligence – a self-aware military machine network – and John Connor’s Resistance forces comprising the survivors of the human race. Skynet’s most famous products in its genocidal goals are the various terminator models, such as the T-800, who was portrayed by Arnold Schwarzenegger from the original Terminator film in 1984. By 2010, the franchise had generated $3 billion in revenue.

Check out our other Terminator reviews!

Your future is in its hands. The Terminator Trilogy 1984-2003 Review