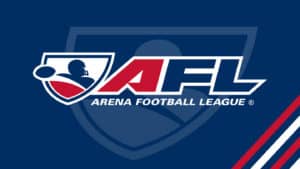 The guys return after a week off! Washington is still alive in the playoff race after their win over the Brigade! How were they able to pull off the upset? Can they pull off the miracle and make the playoffs? The Brigade and Soul meet in a rematch from two weeks ago! Can the Brigade knock off the defending champs again? The Valor must beat the Gladiators on Saturday in order to stay alive in the playoff race. The guys discuss if they can do it. Plus so much more! Tune in to the latest episode of This Week in the AFL!

This Week in the AFL: The Playoff Race Heats Up