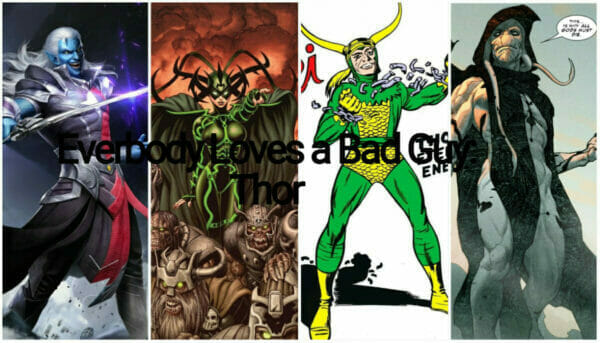 From 2013-2015 Robert Winfree hosted Everyone Loves a Bad Guy, an eclectic podcast dedicated to villainy across media. In this episode Robert and Pat tackle the surprisingly interesting rogues gallery of Marvel’s Thor. Original airdate April 11, 2014 for this Thor Comic Villains Discussion.

On this episode we’ll discuss all of the great Thor villains like Loki, The Enchantress, The Destroyer, Malekith, The Wrecking Crew, Ego the Living Planet, Hela and Gor the God Butcher from Thor: Love and Thunder.

An innovative look at the villains in film and television! Here’s our Thor Comic Villains Discussion