TOTAL DIVAS IS BACK! That means I’m back doing these reviews. You’re welcome. Please send donations. Not really.

Previously: A Draft is happening. Nikki Bella may or may not return to the ring. Paige doesn’t know if her career is over either. You know, even though these shows are from July, everything is still pretty relevant. Pretty weird.

Daniel Bryan is the new SmackDown Live GM. Just in case you were wondering.

After that, Natalya worries about Nikki coming back too early. They go through a training session and Nattie is worried about hurting her. Nothing really comes of this. 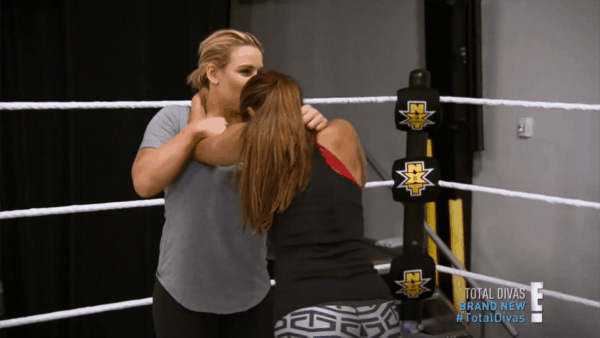 Paige is on the phone with her doctor. She’s hoping for good news. I’m afraid….wait, she gets good news. Everything is progressing well. “Hopefully I’ll be in the ring soon with just a couple weeks of psychical therapy.” Now, I’ve got some bad news.

Then, Naomi and Jimmy Uso talk. Naomi is worried. Uso is making jokes. You know, it is kind of screwed up that WWE made couples sweat like this for the draft. I’m assuming they’re sweating through the Superstar Shakeup as well. Honestly, either calm their fears or let them prepare for life away from their partner. Who knows, maybe they did, and this is all for the show.

Next, Eva has lunch with her family. She’s worries about not being drafted. Her parent’s give her a pep talk. Is she even with the company anymore?

Continuing on, Nikki trains with Shayna Baszler. Nattie shows up and is still worried about her. None of this is bad, it’s just kind of there. 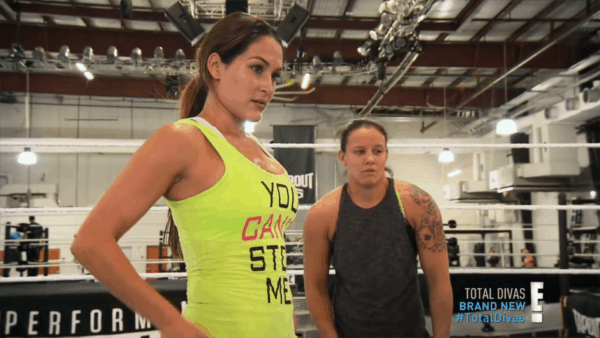 We’re at WWE Draft night. WHAT WILL HAPPEN?!?!?! THE SUSPENSE IS KILLING ME! No, wait, we have to cut back to Nikki training. I hate this show with every fiber of my being. Now, we’re back to the draft. Glad we got that update on Nikki. 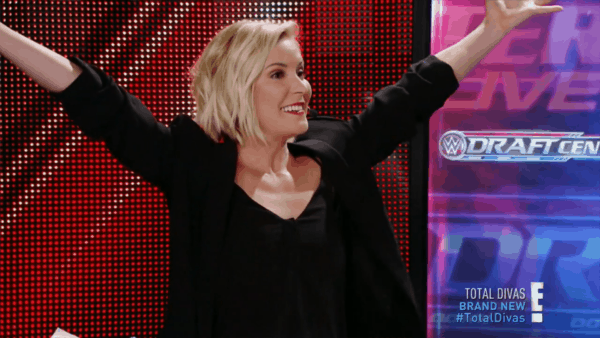 So we go through random and out of order picks in the draft. Lana is disappointed that she’s being split from Nattie and not excited that Rusev is her only friend on RAW. Naomi and Uso are still worried about being split. Eva is upset that they are dragging out the draft. Can’t say I blame her. Uso and Naomi are together on SmackDown. HOORAY! Eva is just bored by this whole thing. Time for a little draft collage… 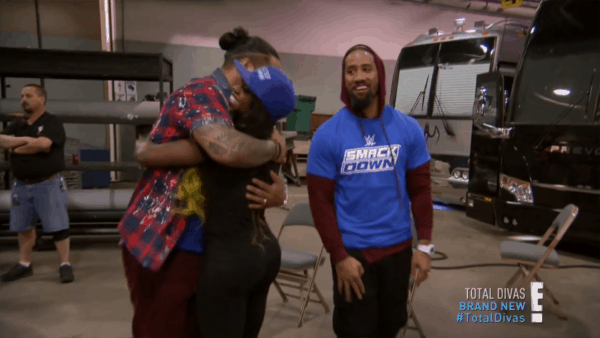 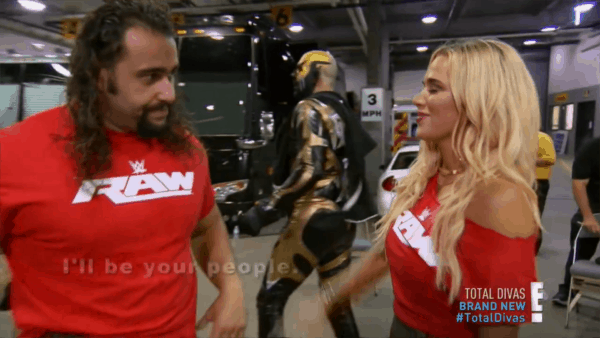 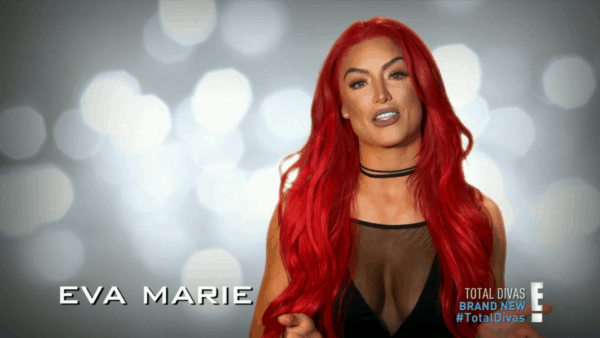 “F***!” That’s Paige’s reaction when she finds out she’s on RAW. While Alberto Del Rio is on SmackDown. She is pissed. Eva finally gets drafted to SmackDown. Hilariously, she thinks she got drafted to RAW. Lana is sad all her friends are on SmackDown. But she’s not as sad as Paige, who wants to slam her head into the trunk. 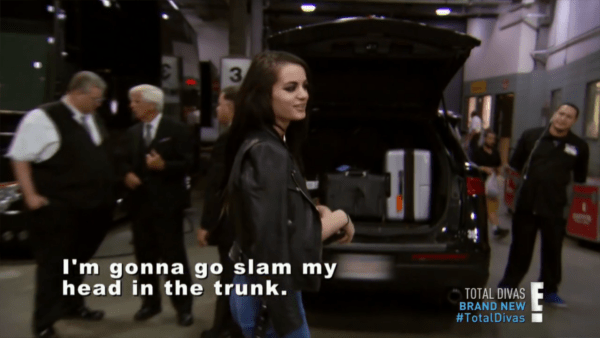 Finally, this ends the WWE Draft portion of the show. It’s a nice backstage look at what happened, if nothing else.

Nikki now thinks that because Nattie doesn’t want to work with her in the ring, no one wants to work with her. Nikki talks to Brie about her problems. Brie is like, “talk to Nattie, you know, the one you’re concerned with.” I miss Brie so much. 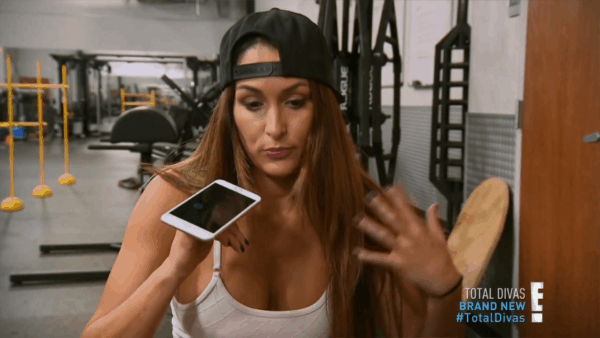 Instead, Brie goes to talk to Nattie. These girls have learned nothing through however many seasons this show has been on. Brie tells Nattie that she needs to have confidence in Nikki. Brie saving this show as usual. Nattie is now 100% not worried about Nikki. This is all thanks to a 30 second conversation with Brie. Forget Pepsi, get Brie to talk to those cops. 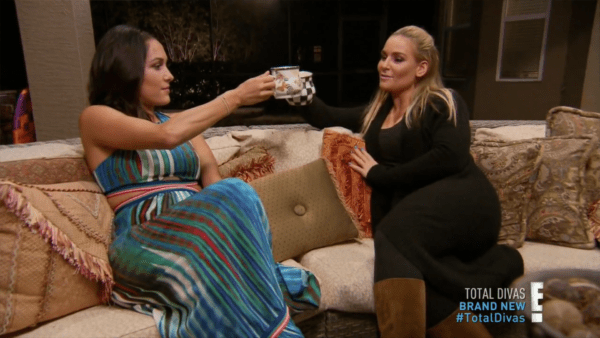 Next, Lana wants to go to NXT to improve in the ring. Carano is like, “eh. nah.” Lana tries to gossip about Paige to Nia Jax. However, Nia wants nothing to do with this. I like how this show has taught Lana that gossiping is how you make friends. Great message. 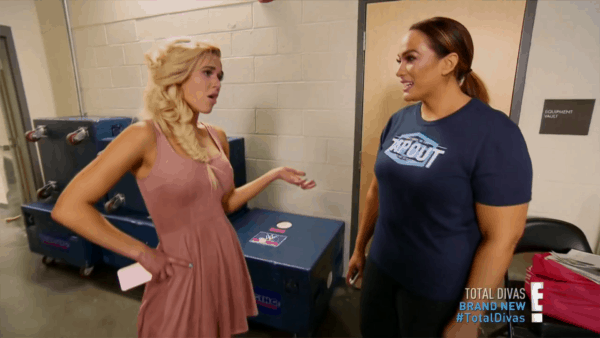 Nattie talks with Nikki and explains that she’s worried about her because of TJ’s neck injury. Except that she can’t mention TJ or his neck. So, she just says, “it’s personal” and we’re expected to know why. They are best friends again. 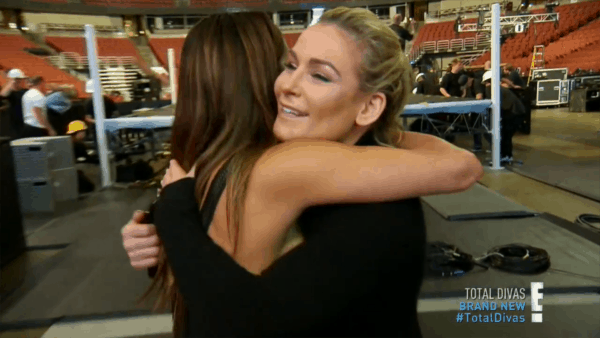 Paige tells Alicia Fox that she and Alberto broke up. Mainly, due to the brand split. Then, Paige has a mental breakdown. I have a feeling that these two kids land on their feet. The episode ends with a shot of Alberto’s face on the side of a production truck. 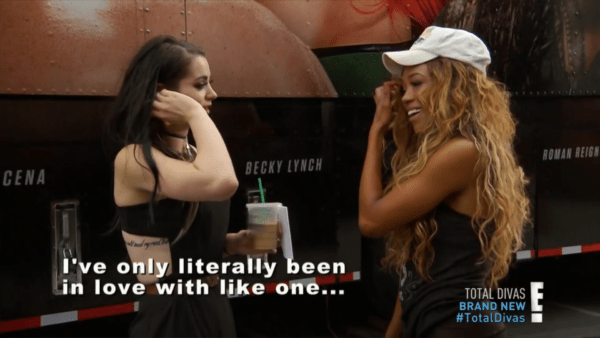 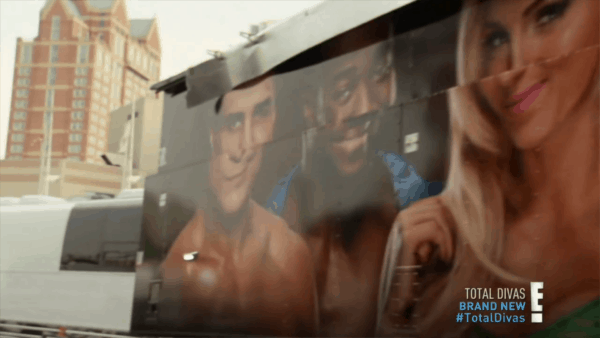