The Orlando Pride just made one of the biggest National Women’s Soccer League moves of all time. Certainly, in club history.

Look Out NWSL: What Marta’s Signing Means for the Orlando Pride 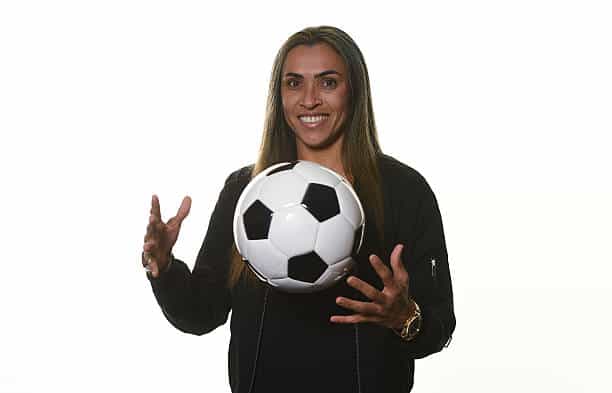 The second-year expansion club announced on Friday that they have signed Brazilian Women’s National Team superstar, and current captain, Marta Vieira da Silva, or just “Marta,” to a two-year contract. Marta’s contract also has an option for a third season, should Orlando choose to use it. Marta arrives via a free transfer from her current club FC Rosengård, in Sweden.

The move is a huge for the Orlando Pride, who are also affiliated with Orlando City SC of Major League Soccer.

“We are incredibly proud to bring Marta to Orlando, and I am personally very excited as I have been a fan of her for many years.”

Marta has such a presence that statements came down from other portions of the front office personnel as well, including Orlando City SC General Manager Niki Budalic.

“Marta’s resume speaks for itself. She is not only the best player in the world, she is a player that fills one of our biggest needs on the field.”

Budalic is absolutely right about the Brazilian superstar. Marta has a resume that makes fans stare in awe when she takes the pitch. She is a five-time FIFA Women’s World Player of the Year recipient (2006-2010). In addition, since debuting in 2002, she has 101 appearances for the Brazilian Women’s National Team. Scoring 105 goals for her country.

At the club level, Marta has played in the United States, Sweden and her native Brazil. In competitive matches, Marta has racked up a total of 321 appearances where she has scored 358 goals.

Orlando City SC GM Budalic further explained their goals in 2017 and beyond for the team.

“Our goal this off-season was to evaluate our first year’s performance and give the Pride the best tools for success in 2017 and forward. With the addition of Marta, as well as fellow veterans Ali Krieger, Ashlyn Harris and Alex Morgan, among others, we are building a strong, exciting lineup for years to come.”

The Power in Attack

Marta brings her Brazilian style of football and goal-scoring prowess, to a team in desperate need of an attacking threat. Especially since, the Pride loaned out forward, and United States Women’s National Team star, Alex Morgan to French club Olympique Lyonnais.

While the Pride have Christina Burkenroad, Jamia Fields, Jasmyne Spencer and Chioma Ubogagu, they don’t compare to the likes of Morgan and Marta.

Orlando City SC CEO Leitão expresses how important bringing in Marta is for the club.

“Our technical team worked hard to add the best, most accomplished women’s soccer player in the world to the roster. We started the Pride to win, and bringing Marta to Orlando is a testament to our belief in this team, our supporters and the passion for soccer in Central Florida.”

The front office have certainly given attention to their most glaring weakness by addressing the forward line. Now, they are a true threat to opposing NWSL clubs, with the acquisition of Marta making them look almost unstoppable, on paper.

The Pride look to put their stacked team to the test on April 15. When the NWSL season kicks off, as they face the Portland Thorns. A team, who are equally just as equipped with talent. The match airs on the Lifetime Channel, with coverage beginning at 2:30 p.m. ET.

Be sure to read other articles from Rachael at her Kicking it With McKriger blog. Also, you can listen to her, Erik Watkins and Sean Garmer each week as well. Right here on W2Mnet.com or I-Tunes, Youtube and more on the Soccer 2 the MAX Podcast.