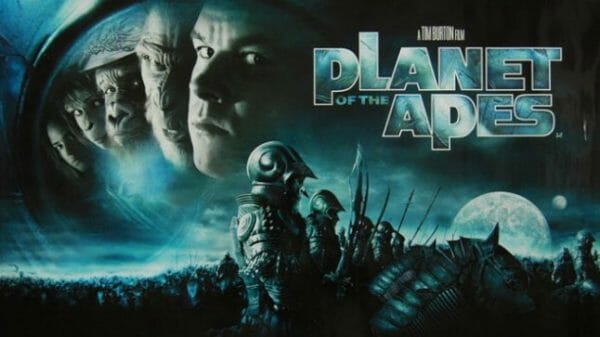 Burton’s “Planet of the Apes” begins with the famed original’s premise — a pilot finds himself in a world turned upside down after landing on a strange planet.