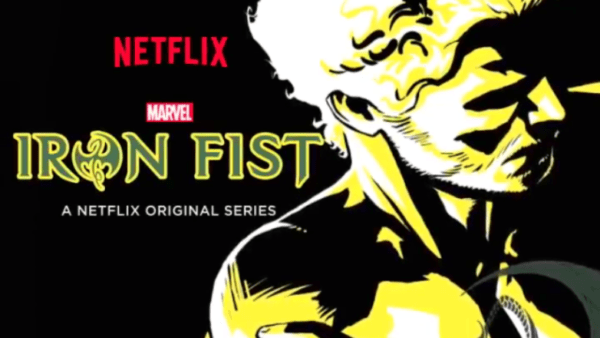 Marvel‘s Iron Fist, or simply Iron Fist. An American web television series created for Netflix by Scott Buck. It is based on the Marvel Comics character of the same name. Set in the Marvel Cinematic Universe (MCU). It shares continuity with the films of the franchise. While also being the fourth in a series of shows that leads up to The Defenders crossover miniseries. The series is produced by Marvel Television in association with ABC Studios and Devilina Productions. Scott Buck also serves as the showrunner as well.

Finn Jones stars as Danny Rand / Iron Fist. A martial arts expert with the ability to call upon the power of the Iron Fist. Jessica Henwick, Tom Pelphrey, Jessica Stroup, Rosario Dawson and David Wenham also star. After a film based on the character spent over a decade in development at Marvel Studios, development for the series began in late 2013 at Marvel Television. Buck was hired as the series showrunner in December 2015 and Jones cast as Rand in February 2016. Filming began in New York City in April 2016 and concluded in October 2016. Iron Fist had its premiere on March 15, 2017, in New York City, with the full season of 13 episodes releasing on Netflix on March 17, 2017.

Robert Winfree and Mark Radulich discuss big television series on a semi-regular basis. They might talk about a show from the past. Then, there’s also the chance a show from the present appears too. You never really know what’s the topic of conversation. Regardless, Winfree and Radulich dive deep into it. They discuss series themes. The overall impact. Of course, they give their opinions on whether it is worth watching as well.