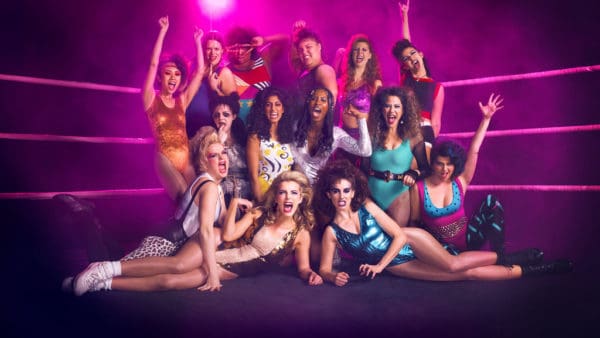 On this TV Party Tonight Sean Comer and Mark Radulich review the latest exclusive Netflix series GLOW GLOW is an American comedy-drama television series created by Liz Flahive and Carly Mensch. The series revolves around a fictionalization of the characters and gimmicks of the 1980s syndicated women’s professional wrestling circuit, the Gorgeous Ladies of Wrestling (or GLOW) originally created by David McLane. The first season consists of 10 episodes and was released via Netflix on June 23, 2017.