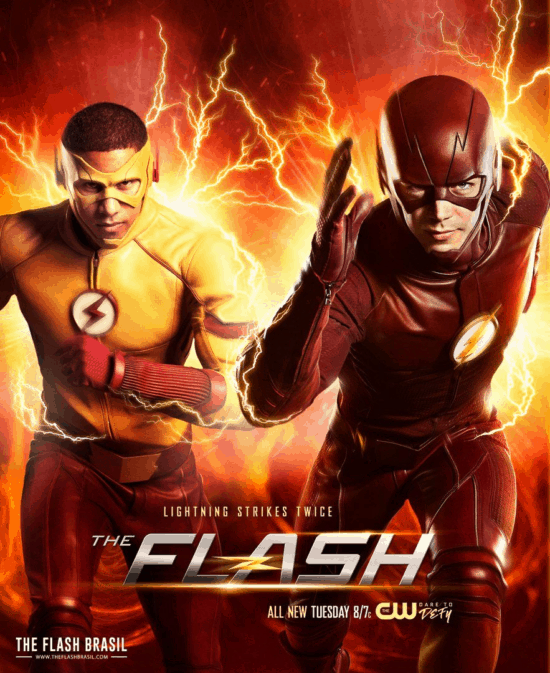 On this TV Party Tonight, The Source Material gang come over and discuss CW’s The Flash Season 3, Flashpoint. “Flashpoint” is the first episode of the third season of The Flash. And the forty-seventh episode overall. It aired on October 4, 2016.

WHAT WOULD YOU SACRIFICE TO HAVE EVERYTHING YOU’VE EVER WANTED? — Barry is living his dream life – his parents are alive, he’s asked Iris West on a date and he can finally be a normal guy as Central City has another speedster, Kid Flash, running around saving the city. When Barry starts forgetting parts of his old life, the Reverse-Flash taunts his nemesis and tells him that there will be serious repercussions for Barry and the ones he loves if he continues to live in this alternate universe. In addition to losing his memories, his powers will also start to fade. When disaster strikes, Barry must decide if he wants to continue to live in this world as Barry Allen or return to his universe as The Flash.

The reason Ronnie started the Screaming Boy Podcast is that he’s always loved discussing things that he’s passionate about (as most anyone does). This gives Ronnie an opportunity to gather friends and likeminded ( and sometimes not so likeminded) people together and talk, laugh and just have a good time talking about what they love. The biggest influence in this was Kevin Smith. While watching one of his “Evening With” specials, he gave his reasoning behind making Clerks. Hit or not, he made that. He left his mark. That inspired Ronnie. Thus, Screaming Boy was born. This opened up opportunities to become friends with other podcasts and be invited into the Radulich in Broadcasting Network who also plays the show and has given Ronnie the opportunity to co-host with Jesse Starcher on Source Material.