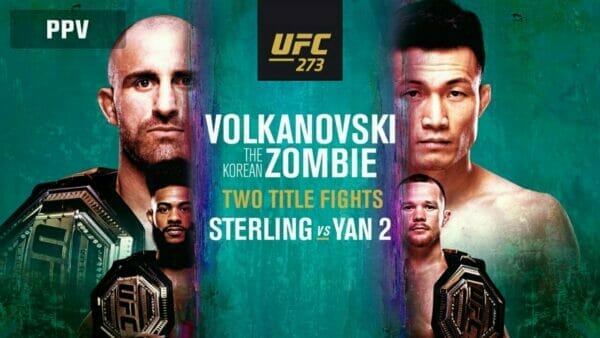 A UFC Bantamweight Championship title unification rematch between current champion Aljamain Sterling and former champion/current interim title holder Petr Yan is the co-main event.The pairing previously met at UFC 259, with Sterling winning the title by disqualification (intentional illegal knee strike) in the fourth round, becoming the first fighter to win a UFC title by disqualification. The rematch was initially expected to take place at UFC 267, however Sterling withdrew from the contest due to lingering neck issues and an interim title bout between Yan and Cory Sandhagen was set. The bout was then scheduled for UFC 272 before being moved to this event.

Check out more of our UFC and MMA related Podcasts!