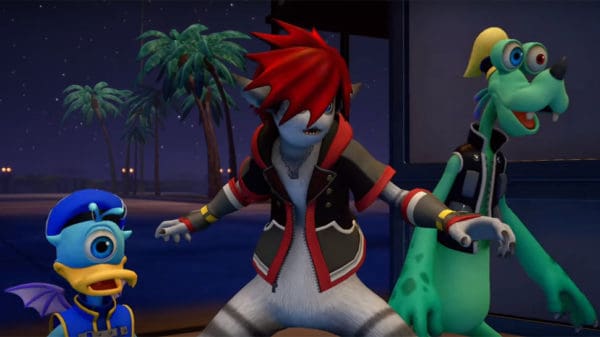 On this episode of Video Games 2 the MAX, Sean Garmer and Marc Morrison waste no time getting into the big topic at hand. There’s a new Kingdom Hearts 3 trailer and its spooky. Well, in a way that you think Monsters Inc. is scary anyway. The guys pick out some of the best things from the trailer. Discuss whether the game still releases in 2018. And why is Marc not enthused about Monsters Inc. being one of the worlds?

After that, they discuss games they are playing. Marc keeps poking away at Monster Hunter World. While Sean talks about his time with Radiant Historia: Perfect Chronology on Nintendo 3DS.

There’s also lots more news. Nintendo is finally getting those Gold Points ready. But could launch Nintendo Switch owners be screwed? Do the guys have any expectations for Bandai Namco working on Metroid Prime 4? Plus, Yakuza 6: Song of Life and Red Dead Redemption 2 get delayed. One of them is even getting a Battle Royale mode. Not to mention, there’s more on what could be on the Disney streaming service. A Kim Possible movie is in the works too.

Finally, the guys talk about the big week ahead in new releases. With Secret of Mana remake, Fe, Kingdom Come: Deliverance and more releasing on Valentine’s Week.