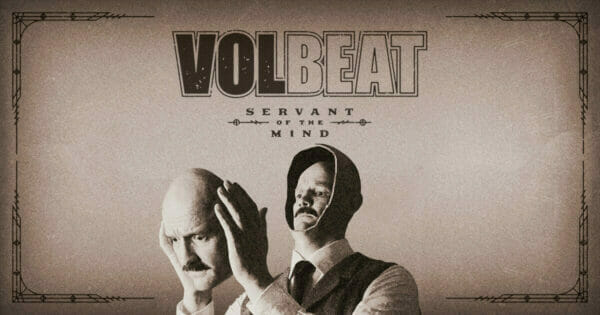 Volbeat – Servant of the Mind (2022) is the eighth studio album by Danish rock band Volbeat. The album was released on 3 December 2021 through Vertigo, Republic, and Universal Records. The album was proceeded by four singles: “Wait a Minute My Girl” (featuring Stine Bramsen), “Dagen Før”, “Shotgun Blues”, and “Becoming”. The album marks a return to a heavier sound in comparison to their previous album, Rewind, Replay, Rebound.

Like Volbeat’s pervious albums, it was produced by Jacob Hansen and Michael Poulsen. It as recorded at Hansen Studios (Ribe, Denmark) and Sonic Debris Studio (West Babylon, New York) during the COVID-19 pandemic.

Check out our Volbeat album reviews.

For a 30 Day Free Trial of Amazon Music Unlimited, make sure you also complete the signup process too. And also check out our Grammarly special offer too. To check us out on the player of your choice click here.
Also check out the W2M Network Discord https://discord.gg/fCYpG5dcT9

A return to heavy form for Denmark’s favorite sons, Volbeat Servant of the Mind Review